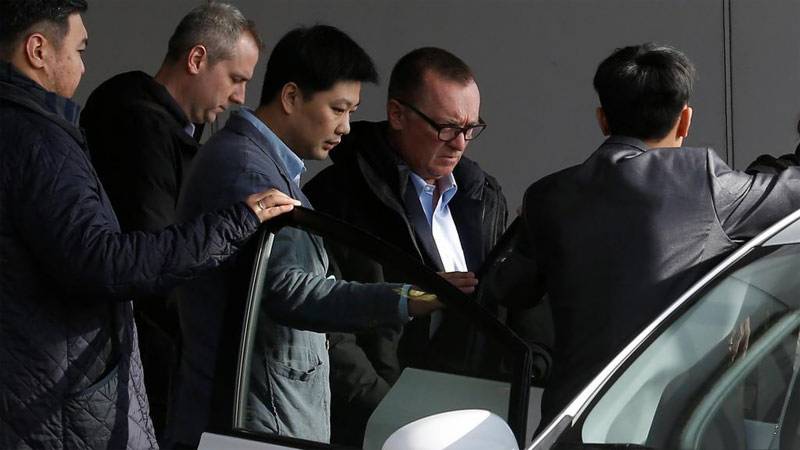 UNITED NATIONS: United Nations political affairs chief Jeffrey Feltman said that senior North Korean officials did not offer any type of commitment to talks during his visit to Pyongyang last week, but he believes he left “the door ajar.”

Feltman, the highest-level U.N. official to visit North Korea since 2011, met with Foreign Minister Ri Yong Ho and Vice Minister Pak Myong Guk during a four-day visit that he described as “the most important mission I have ever undertaken.”

“Time will tell what was the impact of our discussions, but I think we have left the door ajar and I fervently hope that the door to a negotiated solution will now be opened wide,” Feltman told reporters after briefing the U.N. Security Council behind closed doors on his visit.

“They need time to digest and consider how they will respond to our message,” he said, adding that he believed Ri would brief North Korean leader Kim Jong Un on their discussions.

U.S. Secretary of State Rex Tillerson offered on Tuesday to begin direct talks with North Korea without pre-conditions, backing away from U.S. demands that Pyongyang must first accept that any negotiations would have to be about giving up its nuclear arsenal.

Feltman said he asked North Korea to signal that it was prepared to consider engagement like possible “talks about talks” and to open “technical channels of communication, such as the military-to-military hotline, to reduce risks, to signal intentions, to prevent misunderstandings and manage any crisis.”

“They listened seriously to our arguments ... They did not offer any type of commitment to us at that point,” said Feltman. “They agreed it was important to prevent war ... How we do that was the topic of 15-plus hours of discussions.”

He said the United Nations could act as a facilitator.

North Korea is pursuing nuclear and missile weapons programs in defiance of U.N. sanctions and international condemnation. On Nov. 29, it test-fired an intercontinental ballistic missile which it said was its most advanced yet, capable of reaching the mainland United States.

Feltman described his visit as “constructive and productive” and said the North Koreans agreed to continue a dialogue.

“The people who we met listened carefully to our arguments, they explored our thinking, they asked questions, they argued with us, but ultimately they have to take what we said and talk about it internally, talk about it with their leadership,” he said.