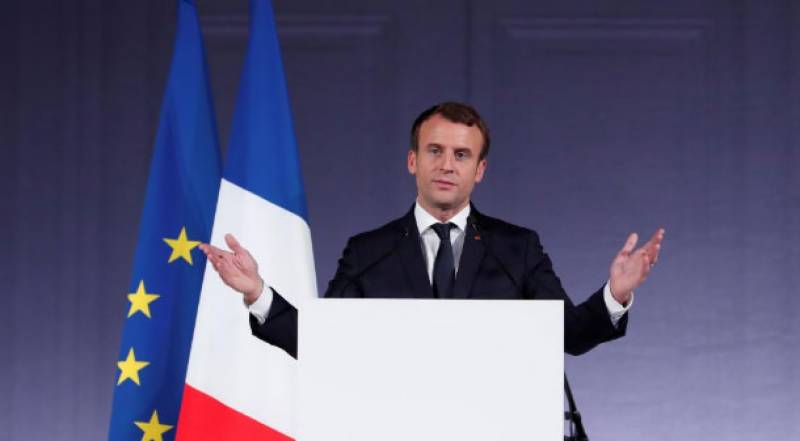 The French leader is hosting the “One Planet” summit two years after nearly 200 governments agreed in Paris to end their heavy reliance on fossil fuels and limit further global warming.

Macron wants to show that progress toward those hard-fought goals is being made after President Donald Trump said in June that he was taking the United States out of the pact.

Trump’s decision to withdraw was a “deep wake-up call for the private sector” to take action, he said.

“If we decide not to move and not change our way to produce, to invest, to behave, we will be responsible for billions of victims,” Macron told U.S. television channel CBS News in an interview broadcast on Monday night.

Though Macron has said that concrete projects with real financing behind them are lacking, no internationally binding commitments will be announced at the summit.

In focus is how public and private financial institutions can mobilize more money and how investors can pressure corporate giants to shift toward more ecologically friendly strategies.

More than 200 institutional investors with $26 trillion in assets under management said on Tuesday they would step up pressure on the world’s biggest corporate greenhouse gas emitters to combat climate change.