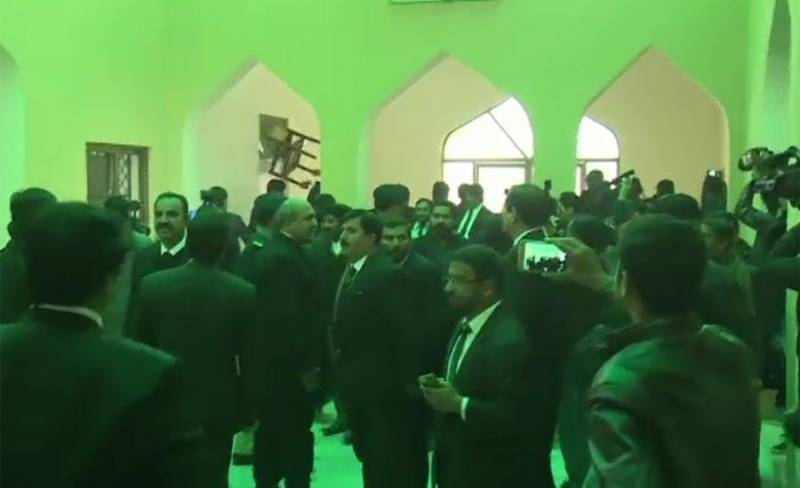 MULTAN – Staging a protest against shifting of the judicial complex, the lawyers in Multan vandalized the newly constructed complex on Wednesday.

The lawyers had staged a protest demonstration outside the old judicial complex at Katcheri Chowk and reached the new complex in buses.

The lawyers stormed inside the building and started damaging the building, breaking the windows and doors of the building. The lawyers chanted out slogans and broke the chairs and other properties.

The routine activities of the court were halted and clashes with the police also took place during the lawyers hooliganism.

Punjab Law Minister Rana Sanaullah has spoken in favor of the protesting lawyers and said that the lawyers are just exercising their “democratic right.” He remarked that there is a “national census” on staging protests to resolve issues.

Multan’s Sessions and District courts were shifted after the inauguration of the new complex on November 15.