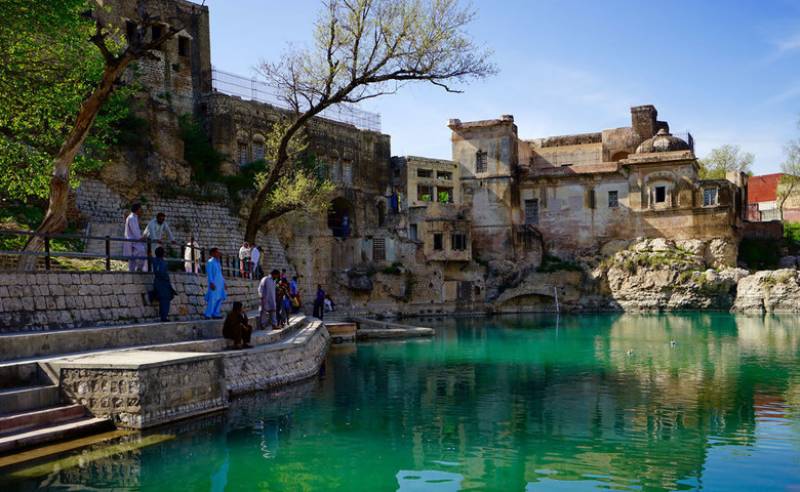 ISLAMABAD - Supreme Court of Pakistan on Tuesday expressed its concern over the absence of statues of Lord Ram and Hanuman at the Katas Raj temple complex in Punjab province’s Chakwal district.

The court was hearing a suo moto case it had taken up on the basis of media reports that the sacred pond at Katas Raj was drying up because nearby cement factories were drawing large amounts of groundwater through a number of wells.

At Tuesday’s hearing, Justice Ejaz Afzal Khan questioned the Evacuee Trust Board Property (ETBP)’s counsel whether the statues are with the institution or had been sold off. The ETBP looks after places of worship of those religious communities whose numbers are so low that they cannot afford the upkeep of places of worship.

The board’s counsel said there had been massive financial irregularities during the tenure of former chairman Asif Hashmi. “He did massive corruption and left the country,” the counsel said, to which Chief Justice Saqib Nisar questioned why Hashmi has not been arrested.

Nisar further said that the court will not leave the issue till concrete action is taken. He also inquired about the names of cement factories located nearby the temple, terming them as “destructive”.

The hearing was then adjourned until Wednesday.

In November, Nisar had flayed the government over its failure to protect the temple — one of the Hindu minority’s most revered places of worship. He had said that Katas Raj was a national heritage site and must be protected and ordered that a committee be set up to probe the issue.