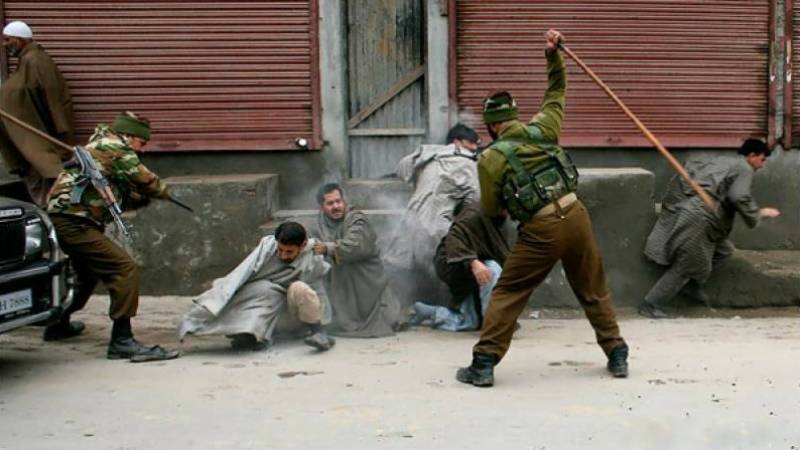 SRINAGAR - A study conducted by academics from Delhi’s Jamia Millia Islamia and Ambedkar University has found Indian forces to be the main perpetrators of violence in occupied Kashmir.

The study titled ‘A Qualitative Exploration of Salient Incidents of Violence Exposure among Youth in Kashmir: Beyond Direct Violence’, has been authored by Waheeda Khan and Sramana Majumdar.

It says the Indian army and paramilitary personnel are the main perpetrators of violence in the occupied territory, followed by the police and the Special Task Force.

The study absolved Kashmiri mujahideen of being involved in the violence.

It was noted that approximately ninety four percent respondents believed that the local community members were the main victims of the violence.

In occupied Kashmir, a big public gathering will be held in southern town of Islamabad on Friday to give a befitting reply to India’s nefarious propaganda against the Kashmir freedom movement.

Call for the public gathering has been given by the Joint Resistance Leadership comprising Syed Ali Gilani, Mirwaiz Umar Farooq and Muhammad Yasin Malik.

In a statement in Srinagar, they said similar public programmes would be held in north and central Kashmir.

The leaders said Indian politicians have falsely presumed that the Kashmir freedom movement could be suppressed through use of brute force.

Meanwhile, the puppet authorities have launched a massive crackdown in entire south Kashmir, arresting scores of people to prevent the public programme.