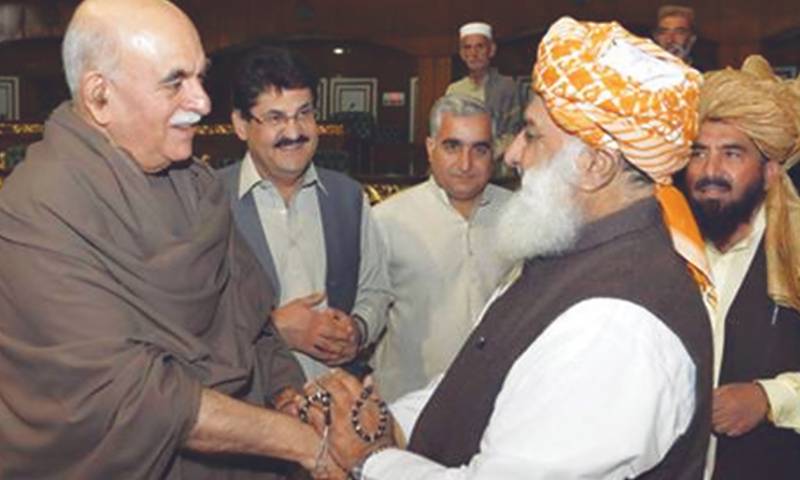 ISLAMABAD - Senior Journalist Saleem Safi has claimed that by refusing to merge FATA with KP, Moulana Fazal ur Rehman and Mehmood Achakzai are taking forward the Indian and Afghan Intelligence agenda of creating confusion over Durand Line between Pakistan and Afghanistan.

Both, Moulana Fazal ur Rehman and Mehmood Khan Achakzai are creating hurdles in merger of FATA with KP against wishes of people of FATA.

Speaking to the press conference, the JUI chief held that the technical fault in the FATA reforms bill is on point adding that he didn’t cause the removal of bill from the National Assembly.

He further urged that FATA issue is a serious one and can only be unified through organized and serious resolve.

Fazl suggested that general public opinion should be seriously considered with regard to the issue assuring his support for FATA supreme council he added further that the problem should be solved democratically.

The JUI chief stressed that there is also prevalent view in FATA for a distinct provincial identity apart from unification with KP adding that for this reason, the consensus of general public should also be considered.

Maulana Fazl-Ur-Rehman then suggested to satisfy the local tribes through negotiations rather than pressure and advised that democratic and constitutional values should be upheld.