Donald Trump lashes out at US Ambassador in UN Nikki Hale
13 Dec, 2017 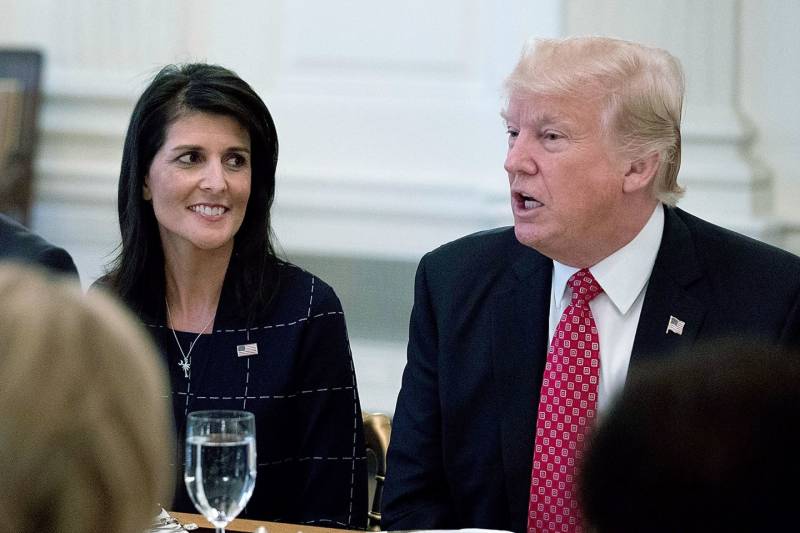 WASHINGTON - Donald Trump has been angered by Ambassador to the United Nations Nikki Haley’s remarks that the women who have accused the US president of sexual misconduct “should be heard”.

The president’s aides have repeated denials about the allegations against Trump but Indian-origin Haley, one of the highest-ranking women in the US administration, broke with the White House line when she called on Sunday for the accusers to be heard. Her comments “stunned” the president’s advisers, the Associated Press reported.

“They should be heard, and they should be dealt with,” Haley said in a CBS interview. “And I think we heard from them before the election. And I think any woman who has felt violated or felt mistreated in any way, they have every right to speak up.”

Haley’s comments “infuriated” Trump, according to two people cited by AP who are familiar with his views but who spoke on condition of anonymity because they aren’t authorised to speak publicly about private conversations.

Trump has grown increasingly angry in recent days that the accusations against him have resurfaced, telling associates the charges are false and drawing parallels to the accusations facing Republican Senate candidate Roy Moore, who has been accused of committing multiple sexual harassment of teenage girls when he was in his thirties.

Sixteen women have come forward with a range of accusations against Trump, many after the release of the “Access Hollywood” tape last year in which Trump was caught on an open microphone bragging about groping women.

One woman, Summer Zevos, a contestant on Trump’s reality show, The Apprentice, sued, contending that Trump’s denials of her accusations amount to false and defamatory statements.