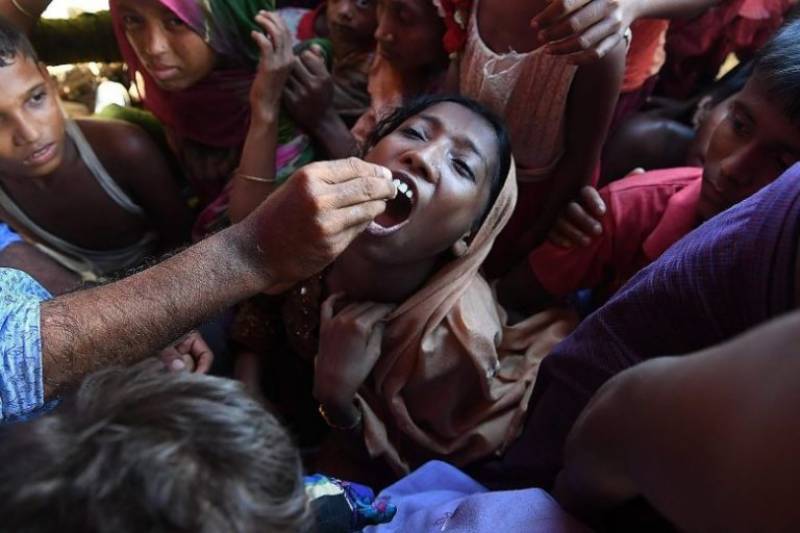 Dhaka: Bangladesh has launched a massive drive to vaccinate Rohingya children against diphtheria after a suspected outbreak killed nine refugees and infected more than 700.

More than 646,000 Rohingya are based in these camps, having fled violence in Myanmar in recent months.

"So far nine people have died in a suspected outbreak of diphtheria," said Meerzady Sabrina Flora, the head of Bangladesh's Institute of Epidemiology, Disease Control and Research (IEDCR).