COAS General Qamar Bajwa speaks his heart out over issue of FATA merger with KP
13 Dec, 2017 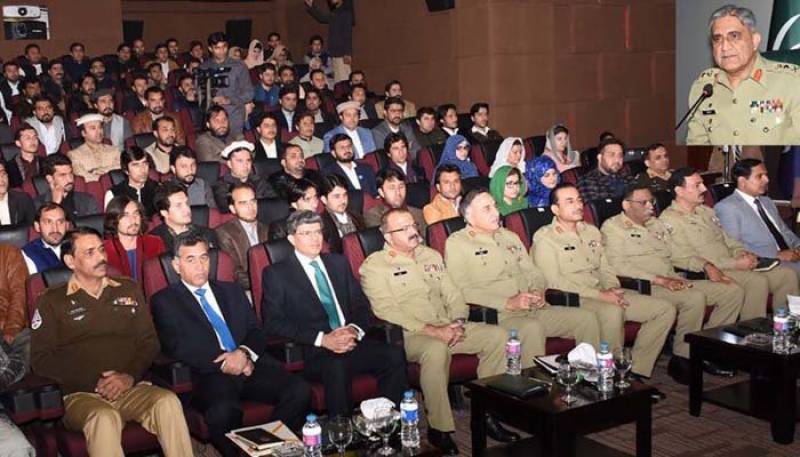 RAWALPINDI: Chief of Army Staff General (COAS) Qamar Javed Bajwa has spoken his heart out over the hotly debated issue of the FATA merger with KP.

Delegations of tribal elders and youth jirga called upon the COAS at the Inter-Services Public Relations office today (Wednesday).

A detailed discussion with both delegations was held separately. The delegations acknowledged and appreciated Pakistan army’s sacrifices, efforts, and contributions to their respective views regarding the mainstreaming of FATA and the way forward.

The COAS lauded tribal elders and youth for their determination and support to the Pakistan Army in the fight against terrorism, the military’s media wing stated.

General Bajwa said he valued the views of the tribal delegations regarding the future of FATA. He said that achievements through sacrifices of brave residents of FATA are being consolidated while the country transitions from relative stability to enduring peace.

The COAS also shared his engagement with the Afghan leadership for enhanced cooperation and security measures along the Pak-Afghan border.

General Bajwa advised the youth to continue playing their role towards peace and progress of FATA and Pakistan as they are the future leaders.