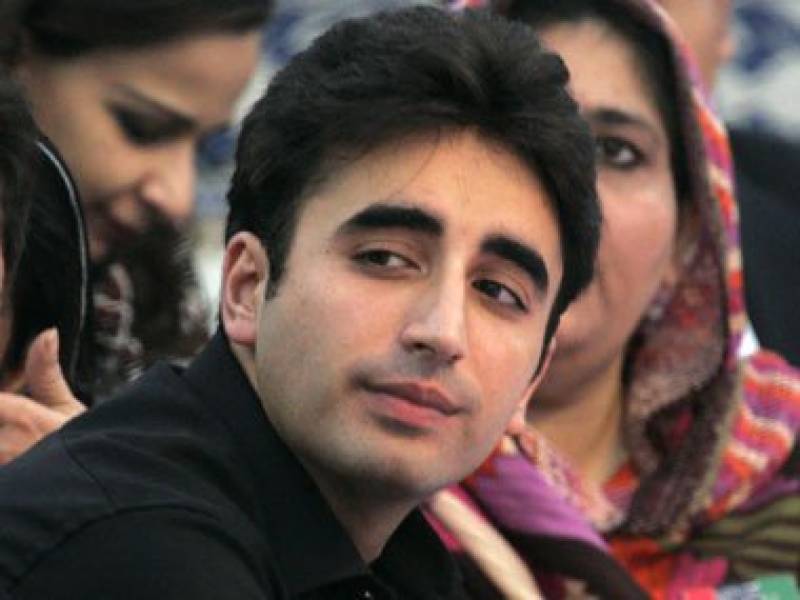 ISLAMABAD -A decade after Pakistan’s first female leader Benazir Bhutto was assassinated, her son Bilawal is striving to reclaim his mother’s mantle, the latest act in a Shakespearean saga of tragedy and power.

But reviving the wilted fortunes of his family’s political dynasty ahead of a general election due next year will be a tough ask for the Oxford-educated scion, who at 29-years-old has never held political office. His family once dominated Pakistani politics.

Grandfather Zulfikar Ali Bhutto founded the Pakistan Peoples Party (PPP) and ascended to the highest civil office in the land, followed by Benazir, who became prime minister twice and was running a third time when she was killed in a gun and bomb attack on December 27, 2007.

Since her death the PPP has seen its fortunes plunge, and few are willing to bet on Bilawal Bhutto Zardari, now the party’s chairman, shepherding it back to glory. But there are flickers of life.

When Bilawal took the stage at the PPP’s golden jubilee celebrations in Islamabad last week, surprised observers put the crowd at around 25,000, higher than recent rival gatherings.

Much like his charismatic mother, Bilawal was forthright at the lectern, confronting militants infesting Pakistan and the powerful military alike.

“We have to continue our progressive struggle and defeat the conspiracies of dictatorship,” he thundered as the crowd roared.

But away from the podium he cuts a shyer persona.

“My mother often said that she didn’t choose this life, it chose her,” he tells AFP at his family home in Karachi. “The same applies to me.” Bilawal’s grandfather Zulfikar forged the PPP in southern Sindh province 50 years ago, his slogan of “roti, kapra, makkan” (“bread, clothing, shelter”) turning the party founded by a feudal landlord into Pakistan’s first populist force.

“He gave every Pakistani a sense of pride,” beams Bilawal. But Zulfikar was deposed by General Zia-al-Haq in a coup and hanged in 1979 despite an international outcry.

Benazir, as her son would be decades later, was thrust into the spotlight. Following Zia’s death in 1988, she was elected prime minister at the age of 35.

Her government was undercut by military interference and allegations of corruption, however, and despite becoming prime minister twice she never completed a term.

Ousted in 1996, she spent most of the military dictatorship years of Pervez Musharraf in self-exile, returning in 2007 to contest another election. But hopes sparked by her return were shattered by her assassination weeks later.

Her murder was pinned on jihadists, with a UN investigation accusing Musharraf of failing to provide sufficient security. “It was a bitter blow for those who had hoped for a different Pakistan,” says Ayesha Jalal, of the centre for South Asian studies at Tufts University.That includes the Bhuttos.

“If they stopped assassinating us then my mother would be in the foreign office and I would still be a student,” says Bilawal.

Bilawal was named PPP chairman after his mother’s death but, still just a student, he returned to Oxford. His father Asif Ali Zardari — nicknamed “Mr 10 Per cent” over the many graft claims against him — took control as the party swept the 2008 elections, presiding over its years of decay, fuelled by allegations of corruption and incompetence.

Questions linger over Bilawal’s ability to lead the PPP if power still ultimately rests with Zardari. Bilawal argues his youth is an asset: “I have time on my side”.

Reports suggest he plans to contest his mother’s old seat in Sindh. He dismisses concerns over his own security, saying: “We don’t give in to fear”.

But observers note the protection surrounding Bilawal, his elite status and time abroad could be sequestering him from voters. His task is a lonely one, the bachelor admits. “If I was to say I had a life, that would be a lie,” he said. “Netflix is a lifesaver.”

Analysts say he faces an uphill battle in 2018, with cricketer-turned-opposition stalwart Imran Khan on the ascent and the ruling party of deposed prime minister Nawaz Sharif clawing at support. Some Pakistanis want more than just another scion.

“Under the dynastic politics, democracy has been laid to rest,” said Karachi resident Sardar Zulfiqar.

But attendees at the golden jubilee have faith, clinging to the PPP’s progressiveness as Pakistan remains locked in a tug-of-war between Islamist extremism and democratic moderates.

Asma Gillani, 52, has supported the party since she first listened to Zulfikar on the radio as a child, right up to the moment she lost hearing in one ear as she was hit by the blast wave in the attack that killed Benazir.

As Benazir’s young son takes the stage she remarks: “God willing he will lead this country.”