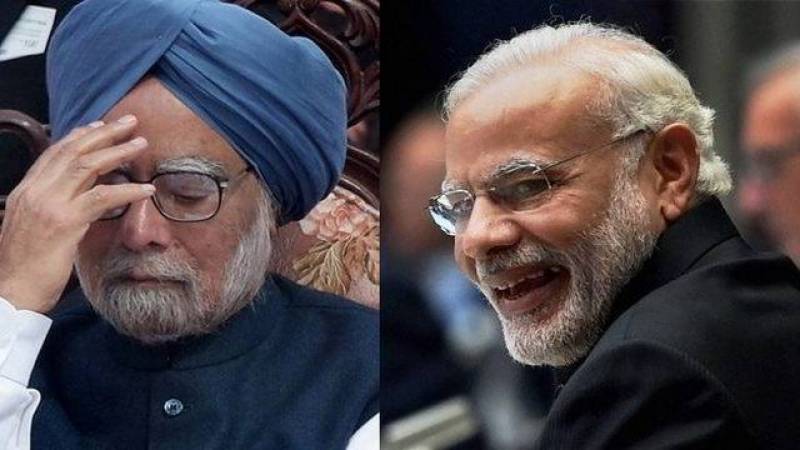 NEW DELHI: Once again an awkward situation facing Indian Prime Minister Narendra Modi when he interacted former PM Manmohan Singh met and shook hands outside Parliament on Wednesday, three days after the Modi accused the latter of colluding with Pakistan. After Modi on Sunday accused Congress leaders - including Singh - of having a "secret meeting" with a former Pakistan minister and diplomats to ensure a BJP loss in Gujarat, Singh replied uncharacteristically sharply. He lashed out at PM Modi for allegedly spreading "falsehood and canards" to "score political points in a lost cause." Congress president-elect Rahul Gandhi, who has been engaged in an often fierce battle of wits with BJP leaders over the Gujarat election, was also present at Parliament and appeared to share some lighthearted moments with Union ministers Sushma Swaraj and Ravi Shankar Prasad.

At a rally on Sunday, PM Modi had alleged that the "three-hour secret meeting" was attended by Pakistan's high commissioner, its former foreign minister, former PM Singh, and former Vice-President Hamid Ansari . He had further charged that the Congress and certain entities in Pakistan may be working together to prevent the BJP from winning Gujarat.

He said electoral victories should be made on one's own strength rather than fabricated conspiracies.