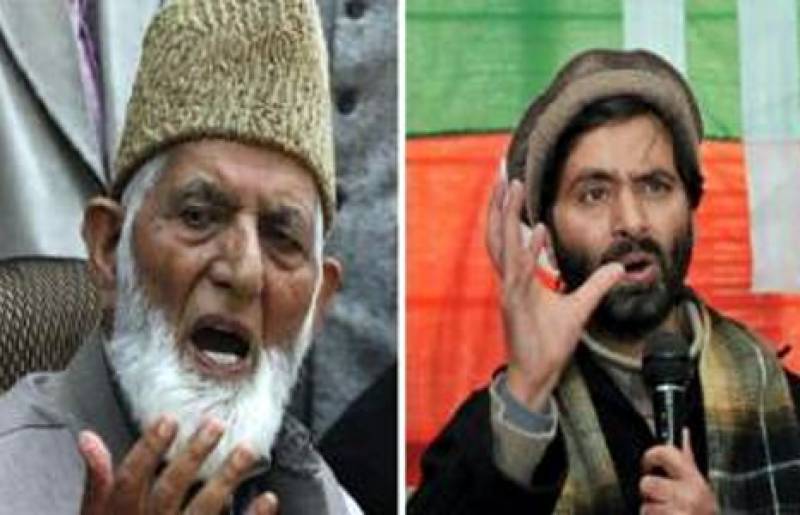 In Occupied Kashmir, Hurriyet leaders and organizations have strongly condemned the killing of a woman and three youth by the Indian troops in Kupwara district, terming it the worst example of Indian state terrorism.

The troops had killed the woman and the youth during a violent cordon and search operation, yesterday.

The Chairman of All Parties Hurriyet Conference, Syed Ali Gilani, in a statement issued in Srinagar said that Indian forces’ personnel were using disproportionate and unjustified force against peaceful civilians in occupied Kashmir.

The illegally detained Chairman of Jammu and Kashmir Liberation Front, Muhammad Yasin Malik, in a message from Srinagar Central Jail said that the trigger-happy Indian troops had crossed every limit of brutality and oppression in occupied Kashmir.

The Hurriyet forum led by Mirwaiz Umar Farooq in its statement deplored that innocent civilians were becoming soft targets of the Indian forces’ personnel, who were engaged in a systematic genocide of the Kashmiri people in the occupied territory.

Meanwhile, five Indian soldiers were killed after two avalanches hit Indian Army camps in Bandipora and in Kupwara on Tuesday.

The 300-kilometer long Srinagar-Jammu highway, which is the only road linking the Kashmir Valley with the rest of the world, remained closed for the second consecutive day, today, due to heavy snowfall.