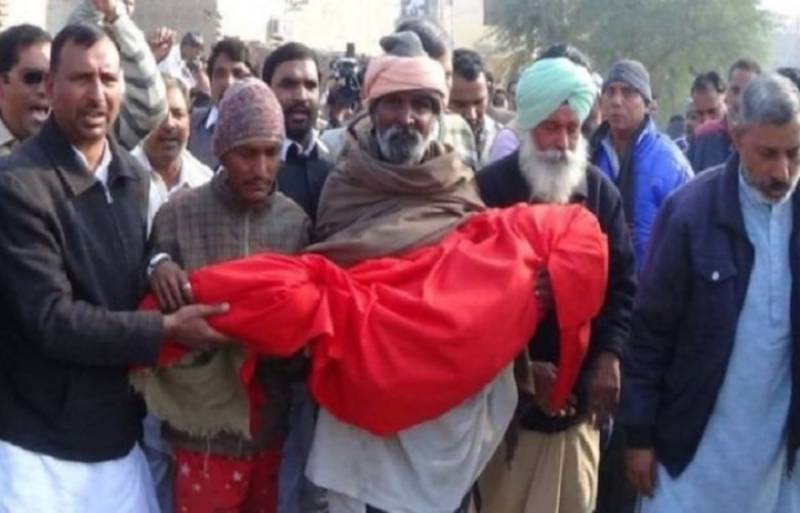 NEW DELHI - A six-year-old Indian girl was abducted from her home, raped and murdered by an unknown assailant in Hisar, Haryana state this weekend.

The little girl was tortured to death, police sources told MailOnline India, with serious injuries to her internal organs.
The girl was abducted on Saturday and her body found on Sunday, with mass protests in the area in response to the horrific abuse she suffered.

Angry residents in Hisar and nearby Uklana closed their shops and protested by blocking the roads demanding action against the unknown accused.

The family have also refused to cremate the body until the accused is arrested.

'The victim died due to torture perpetrated by inserting wood in her body by the accused. We have also found injuries inside the intestine and uterus.

'The wood was inserted with a force which not only caused serious injuries inside the uterus but also in the intestine,' Dr Reetu Gupta who conducted the post-mortem, said.

The post-mortem report has also found bruises on the girl's shoulders and waist, and injuries on the nose and throat, which were found bleeding when the victim's body was spotted by locals on Sunday morning.

According to the family, the girl was with her family members overnight but was reported missing the next morning.

They launched a search in the morning with the help of neighbours who spotted the girl's body.

Police have registered a case of abduction, rape and murder against an unknown suspect who is still at large.