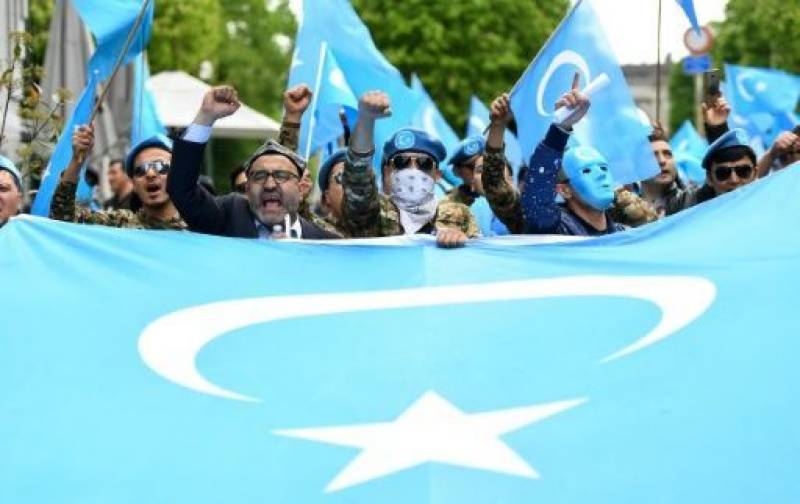 BEIJING - China vehemently denied Monday allegations that one million of its mostly Muslim Uighur minority are being held in internment camps, insisting all ethnic groups in the country are treated equally.

A Chinese official told a UN human rights committee in Geneva that tough security measures in China's far-west Xinjiang region were necessary to combat extremism and terrorism, but that they did not target any specific ethnic group or restrict religious freedoms.

"Xinjiang citizens, including the Uighurs, enjoy equal freedom and rights," Ma Youqing, the director of China's United Front Work Department, told the UN Committee on the Elimination of Racial Discrimination.

During the first day of China's review before the Geneva-based committee on Friday, one of the 18 committee members, Gay McDougall, voiced deep concern at "numerous and credible reports" that China had turned the region into "something that resembles a massive internment camp."

She cited reports from rights groups that upwards of one million ethnic Uighurs and other Turkic Muslim minorities are being held in counter-extremism centres, while another two million "have been forced" into reeducation camps for "political and cultural indoctrination".

Ma, who was among around 50 high-level Chinese officials answering questions from the committee Monday, insisted that "the argument that one million Uighurs are detained in reeducation centres is completely untrue."

Chinese authorities have long denied the existence of such camps despite mounting evidence from both official documents and testimonies from those who have been held in them.

Ma also flatly denied McDougall's claim that the region had been turned into a no-rights zone", saying this was "completely against the facts."

"There is neither deliberate targeting at a particular ethnic minority, nor suppressing or restricting the rights or the freedom of religious belief of the Uighur people," he said.

"I heard a flat denial of allegations about detentions in the Uighur area," she said.

"You said I was false on the million, well, how many were there? Please tell me. And what were the laws on which they were detained?"

"We have to have more than a denial of allegations," she insisted.

China has stepped up a crackdown in Xinjiang against what it calls Islamic extremism and separatist elements but many Muslims in the region accuse Beijing of religious and cultural repression.

In a region that shares borders with Pakistan and Afghanistan, Muslims face regulations banning beards and veils as well as the distribution of unauthorised Korans.

But China's state-run Global Times newspaper insisted Monday that the tough security measures in the region had prevented it from turning into "China's Syria" or "China's Libya".

The Global Times defended the crackdown in an editorial, accusing the West of trying to "stir trouble for Xinjiang and destroy the hard-earned stability in the region".

"The turnaround in Xinjiang's security situation has avoided a great tragedy and saved countless lives," the newspaper wrote in its English and Chinese editions.

China has stepped up a crackdown in Xinjiang against what it calls Islamic extremism and separatist elements but many Muslims in the region accuse Beijing of religious and cultural repression. APP/AFP