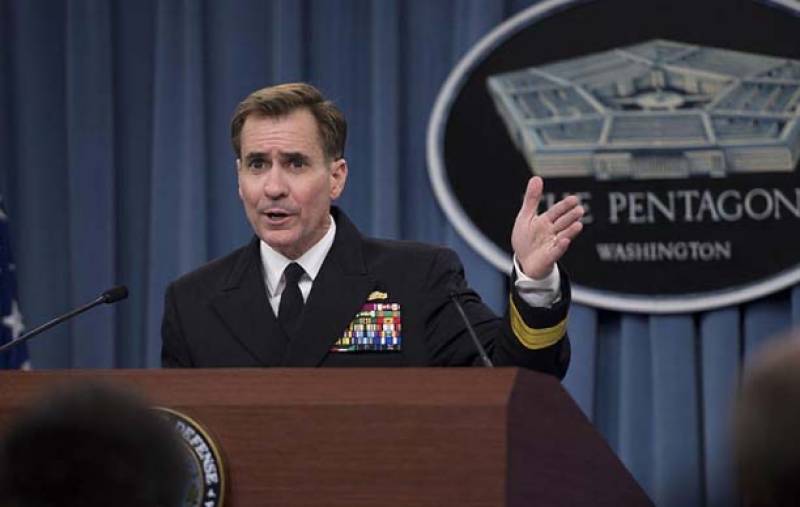 ISLAMABAD – The United States Department of Defense has said that Washington has a healthy military-to-military relationship with the Pakistani armed forces and expects a continuation of engagement in the future.

US assistant to the secretary of defense for public affairs John Kirby has said the United States had shared interests with the South Asian country with respect to security and stability.

In a press briefing on Tuesday, a Pentagon spokesperson said the US holds a healthy military-to-military relationship with the Pakistani armed forces and expects that will be able to continue to be the case.

Responding to a question about foreign conspiracy allegations hurled by former Prime Minister Imran Khan, the US official refused to comment about domestic politics inside Pakistan.

Kirby also mentioned that he does not foresee any US military role in the South Asian country when asked about the involvement of the military amid street protests organized by the former premier.

“I'm certainly not going to, again, wade into internal domestic politics in Pakistan,” he mentioned.

Pentagon spokesperson cleared the air amid protest in Pakistan by former ruling PTI who alleged US involvement in the country's internal affairs.

The former PM alleged a US-led conspiracy behind his removal and the installation of the PML-N government while Washington and US both trashed the serious accusations.