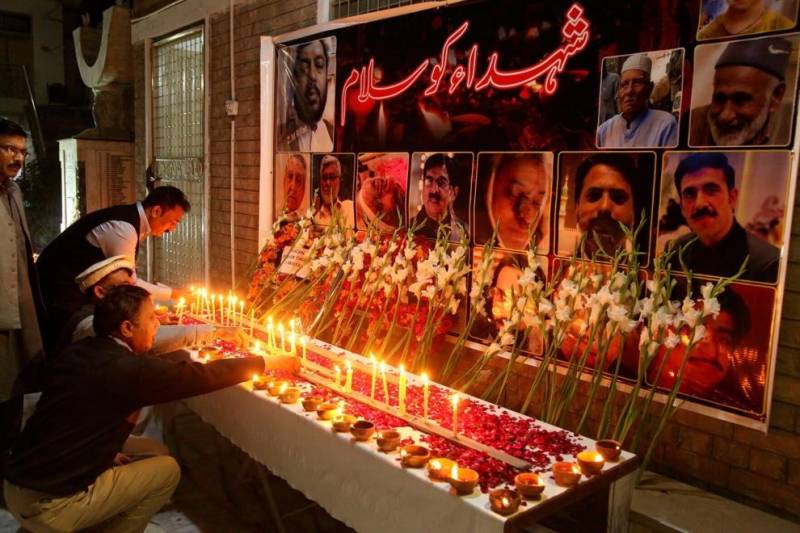 JALALABAD, Afghanistan — Basheer was a young Taliban fighter barely out of his teens when the Islamic State group took over his village in eastern Afghanistan, nearly eight years ago. The militants rounded up villagers identified as Taliban and killed them, often beheading them, forcing their families to watch.

Basheer escaped and lived in hiding during the following years when IS controlled several districts in Nangarhar province. Over time, he rose in the Taliban ranks.

Now known as Engineer Basheer, he is the Taliban intelligence chief in eastern Afghanistan, with a leading role in the campaign to crush IS. He hasn't forgotten the atrocities he saw in his home district of Kot.

"I can't explain their cruelty in words, whatever comes into your mind, they have done more than that," he told The Associated Press in a recent interview at his headquarters in Jalalabad, the capital of Nangarhar.

Since coming to power in Afghanistan eight months ago, the Taliban have touted their success in repressing the Islamic State group, but the militants have expanded into neighboring Pakistan, stepping up attacks there. Analysts say IS has morphed into a borderless terrorist group, one of the deadliest in a region that has spawned many violent, radical organizations.

In northwest Pakistan, the impact is brutally clear. The remains of an IS suicide bomber are still visible on the once ornate walls of a mosque, weeks after he blew himself up, killing more than 60 worshippers as they prayed. IS identified the bomber as an Afghan from Kabul. [image: Afghanistan Pakistan IS Threat]

People light candles next to the portraits of the victims of a March 4 suicide bombing in Kusha Kisaldar Shiite Mosque, to pay tribute to them during a ceremony March 10, in Peshawar, Pakistan. In northwest Pakistan, the remains of an IS suicide bomber are still visible on the once ornate walls of the mosque, where last month more than 63 worshippers died as they knelt in prayer. Muhammad Sajjad, Associated Press

The March 4 bombing at the Kusha Kisaldar Shiite mosque in the old city of Peshawar stunned Pakistanis, deepening their fear of the resurgence of terror attacks in their country, after a steady decline in the past decade.

The rise in attacks began last year and is accelerating, said Amir Rana, executive director of the Pakistan Institute of Peace Studies, an independent think tank that monitors militant activity in Pakistan.

By late March this year, Pakistan had seen 52 attacks by militants, compared to 35 in the same period last year, according to the institute's data. The attacks have also gotten deadlier. So far this year in Pakistan, 155 people have been killed in such attacks, compared to 68 last year.

Meanwhile, IS attacks appear to have declined in Afghanistan.

IS-K first emerged in 2014 in eastern Afghanistan. By 2019, it held significant territory in Nangarhar province and had pushed into neighboring Kunar province. The U.S. military waged a massive air campaign against it, including targeting a suspected IS hideout with America's largest conventional bomb, known as the "mother of all bombs."

But IS survived, and it presented the greatest security challenge to the Taliban when they seized power in Afghanistan last August.

IS-K is a longtime enemy of the Taliban. The Taliban espouse a harsh interpretation of Islamic law and often used suicide attacks in their nearly 20-year insurgency against the United States and its Afghan allies. But they often blend tribal traditions with religious edicts and have reached out to Shiites. IS, meanwhile, opposes any group that does not accept its more radical, deeply anti-Shiite ideology and is notorious for atrocities meant to spread fear. IS, unlike the Taliban, see their battle as one to establish a unified Muslim world under a caliphate.

The Taliban responded with their characteristic heavy hand, sweeping through suspected IS strongholds. In October and November, residents reported bodies hanging from trees. They were told they were IS militants.

Basheer says the Taliban have succeeded in reining in the group.

Some militant watchers also say the Taliban's deep reach inside Afghan villages and links to mosques and madrassas in even the smallest hamlets have reduced the space for IS to operate.

Since the chaotic U.S. withdrawal from Afghanistan last year, Washington's ability to gather intelligence on IS has been drastically degraded, according to senior U.S. military officials.

The region is also increasingly inhospitable to America. Political turmoil has fueled anti-U.S. sentiment in Pakistan. In Afghanistan, the Taliban are imposing a rule that harks to their harsh government of the late 1990s. China is a major player in the region, quickly outstripping U.S. influence.

IS-K is not the only extremist group in the region. Others include Lashkar-e-Taiba, which is largely India-focused, China's Uyghur rebels of the East Turkestan group and Central Asia's rebel Islamic Movement of Uzbekistan.

Dr. Amira Jadoon, assistant professor at the Combating Terrorism Center at the U.S. Military Academy at West Point, said IS-K is weaker than it was in 2019. But it has morphed from an insurgency to a typical terrorist group, a subtle but important difference, she said.

"It's now a stronger terrorist group than it was in 2019, but perhaps a weaker 'insurgency' compared to its earlier peak years, since it lacks the same level of territorial control and is not controlling any civilian populations," Jadoon said.

A February U.N. report estimated the number of IS-K fighters at around 4,000 and said it "enjoys more freedom than at any time in recent history."

Not everyone agrees. Bill Roggio, whose Long War Journal tracks militant movements, said the Taliban sweep to power prompted some former members of the group who had defected to IS-K to return to the Taliban fold.

"The Taliban received a major boost after its victory in Afghanistan," said Roggio, who is also a senior fellow at the conservative Foundation for the Defense of Democracies.