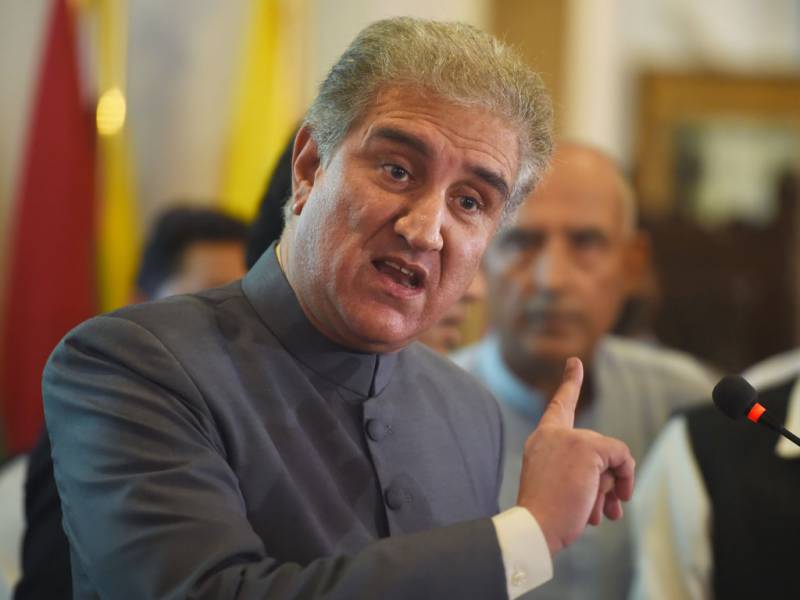 Addressing at a diplomatic reception here, in honor of foreign secretary, who will be retiring on April 16, the minister said, “I have always found her graceful, committed and sincere to the cause of Pakistan and Foreign Service.”

“I met her in 2008 when I was first appointed as the foreign minister and she was serving as Director General Strategic Planning at the ministry. Today I can say that it was a pleasure working with her,” he said.

The minister said Tehmina had always been a principled woman in her whole service. “If I had to describe her in one word then that would be a ‘Woman of Character,” he said.

Qureshi said the past eight months had been very challenging and during that period Tehmina used to work on off days and even on late hours which showed her commitment to the work.

“In a society which is male dominant, the way she carried herself as the foreign office secretary that was not an easy job and she was an inspiration for everyone,” he said and added that Tehmina’s work would be missed after her exit.

Qureshi said he felt proud for Tehmina and also gave his best wishes to her for the life ahead.

“I am thankful to you and the way you served for the country will always be remembered,” he said.

Tehmina joined Foreign Service of Pakistan in 1984 after studying French literature at the Quaid-e-Azam University. Janjua later received a Masters in International Affairs from the SIPA, Columbia University in 1989. She served in Pakistan’s missions to New York City and United Nations before serving as the Director of Foreign Secretary’s Office between 2004 and 2005.

She also served as the Director General of Strategic Planning in the Foreign Secretary’s Office and in 2011 became Spokesperson of the Ministry of Foreign Affairs of Pakistan.

In February 2017, she was appointed as Pakistan’s Foreign Secretary, the first woman to hold the highest career position in the Ministry of Foreign Affairs.