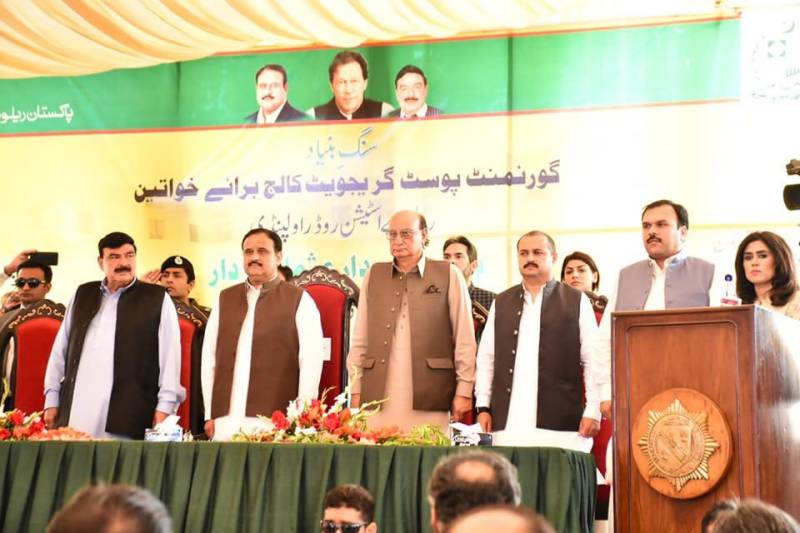 Addressing the ground breaking ceremony of a college in Rawalpindi on Friday, he said the new local government system, soon to be introduced in Punjab, will devolve the powers at the grass root level and empower common people. He said 22,000 Panchat Committees will be set up across the province to help people resolve their conflicts and issues at the local level.

The Chief Minister said Rawalpindi will be brought at par with Islamabad in terms of facilities and there will be no difference between the two cities.

He said the incumbent government will give funds in one year to Rawalpindi that would be equivalent to those given by the previous governments in a decade.

Sardar Usman Buzdar said Lai Expressway is being constructed at a cost of 60 billion rupees. He said the Ring Road project costing 50 billion rupees will mature soon. This project will decrease pressure on existing road network of the city and will facilitate the commuters.

Earlier, Railways Minister Sheikh Rashid Ahmad says Rawalpindi will be made an exemplary city under the leadership of Prime Minister Imran Khan.

He said the government is taking special interest in laying a network of schools, colleges and institutions of higher learning in the country.

Sheikh Rashid Ahmad said he had also played a key role in the establishment of Fatima Jinnah Women University in past which is playing a key role in imparting higher education to females of Rawalpindi and adjoining areas.

The Minister expressed gratitude to Prime Minister Imran Khan for granting him one billion rupees for the establishment of educational institutions in the city, despite financial crunch.

The Railways Minister said Lai Expressway will be constructed at the Lai Nullah from Soan to Islamabad, to provide an alternative commuting way to the residents of twin cities.

Minister for National Health Aamir Mehmood Kiani said the government is taking steps to improve the life of common man despite the financial problems it inherited from previous governments. He said the increase in debt from 6000 billion rupees to 30000 rupees during last two governments has a negative effect on economy. He said inflation and other related issues are temporary, as the economy is being put on right course.

The Health Minister said economic indicators are improving and they will ultimately benefit the common man. Aamir Mehmood Kiani said health cards and setting up of new hospitals will provide health facilities to the people who otherwise could not afford it.