In a first, Chinese Air Chief was the Chief Guest at the PAF Academy passing out parade
13 Apr, 2018 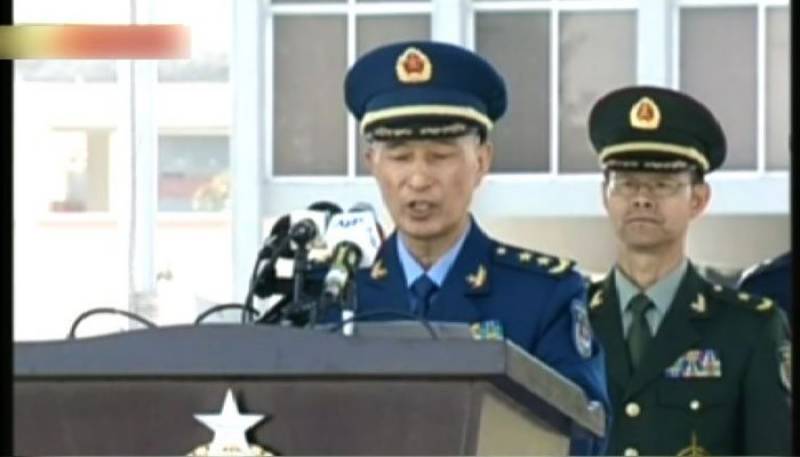 NOWSHERA: The Chinese Air Force Chief was the Chief Guest at the Pakistan Air Force passing out parade today.

PAF held the passingout ceremony of cadets at Asghar Khan Academy inRisalpur on Friday where 109 cadets were handed badges.

Among the graduating cadets were two Saudi nationals.

The chief guest for the ceremony was Chinese Airforce Lieutenant General Ding Laihang who observed the parade and handed out badges.

Speaking at the ceremony, Lieutenant General Ding Laihang said that Pakistan and China harbour deep friendships and that he was honoured to be invited to the ceremony.

Pakistan Air Marshal Mujahid Anwar Khan was also present at the ceremony, which was ended with a spectacular flypast by PAF fighter jets.