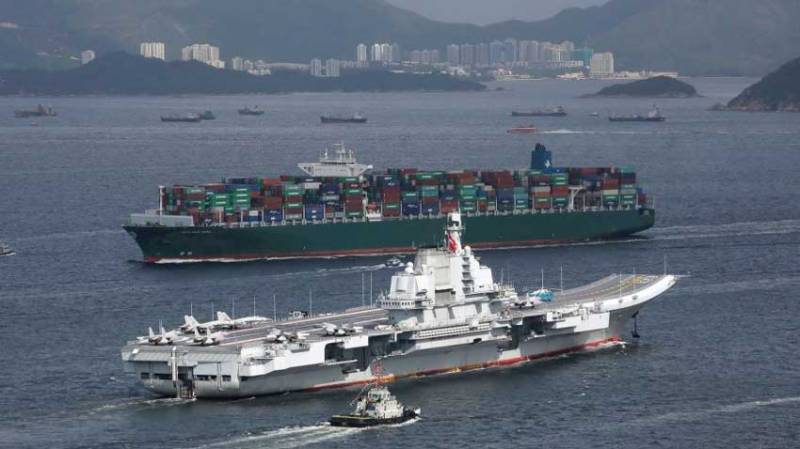 The announcement by the maritime safety authority in the coastal province of Fujian coincided with a statement from their counterparts in Hainan province that the navy was ending a three-day exercise in the South China Sea one day early.

No explanations were given in either case and the Defense Ministry did not immediately respond to questions. The Fujian authorities said the one-day Taiwan Strait drill will be held next Wednesday.

While Beijing responded mildly to U.S. President Donald Trump's early outreach to Taiwan's independence-leaning government, recent developments have prompted a tougher response. China claims Taiwan, which separated from the mainland during the Chinese civil war in 1949, as its own territory and says the sides must eventually be united, by force if necessary.

Despite the lack of formal ties, Washington is legally bound to respond to threats to Taiwan and is the island's main supplier of imported military hardware.

"Any attempt to play the 'Taiwan card' would only be futile," spokesman Ma Xiaoguang said. China, Ma said, would "not hesitate to protect our core interests."

That came after President Xi Jinping last month delivered a strongly nationalistic speech in which he vowed to protect "every inch" of China's territory. "All acts and tricks to split the motherland are doomed to failure and will be condemned by the people and punished by history!" Xi said.

China has also stepped-up air force missions in airspace around Taiwan and has repeatedly sailed its sole operating aircraft carrier, the Liaoning, through the 160 kilometer (100-mile) -wide Taiwan Strait.

Those exercises follow recent ones in the strategic waterway that featured the Liaoning, amid deployments and drills by the rival U.S. Navy. China's Maritime Safety Administration said the exercises began on Wednesday and were to have lasted through the end of Friday.

It claims virtually the entire resource-rich South China Sea, through which an estimated $5 trillion in global trade passes annually, and has constructed airstrips and other installations on artificial islands to enlarge its military footprint.

Hainan is home to a major military presence, including naval air stations and the country's largest submarine base.

This week it also hosted a global business forum that included a smattering of world leaders, among them Philippine President Rodrigo Duterte, whose country is a U.S. treaty ally and has overlapping claims with Beijing in the South China Sea.