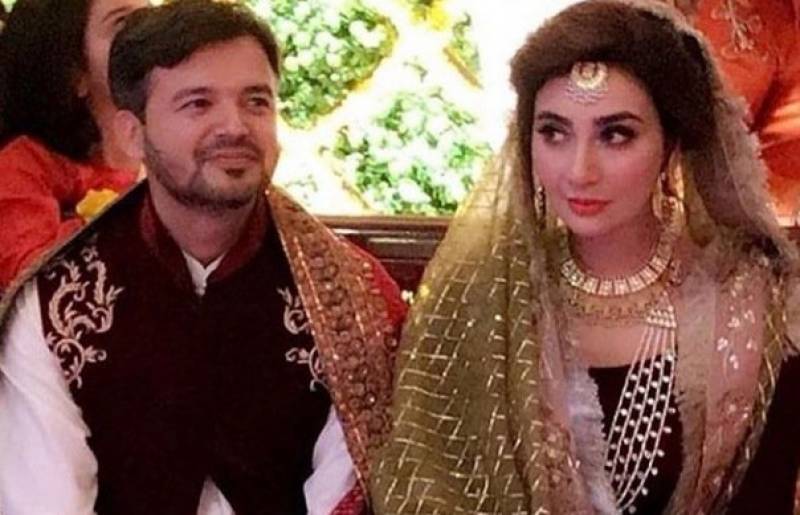 LAHORE – Aisha Khan broke our hearts earlier in March this year when she bid farewell to her career in the entertainment industry. After catching everyone’s eye back in 2000, she never looked back. After all how can we forget her character in* Mann Mayal* that we loved despite the negative role it displayed.

Seems like hearts are breaking again since the pictures of Aisha’s mehndi last night with Major Uqbah are all over social media where she looks like a vision in a lovely burgundy and gold attire.

Malik graduated from the British Royal Military Academy at Sandhurst alongside Prince William and first Pakistani appointed to give military training to British armed forces.

On the other hand, Aisha has also acted in Pakistani films like Waar and Jawani Phir Nahi Ani, but seems like she has finally found her real life hero.