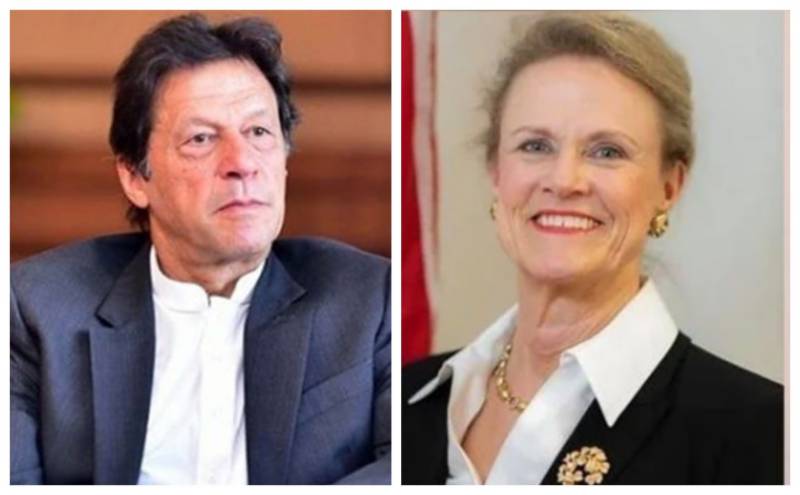 ISLAMABAD – PTI Chairman Imran Khan held a meeting with former US diplomat Robin Raphel at his residence in Bani Gala, it emerged on Sunday.

Reports said that Leader of the Opposition in the Senate and PTI's Head of Diplomatic and International Affairs Senator Shehzad Waseem was also present in meeting.

PTI has not issued any formal statement about the meeting while reports did not mention about what was discussed in the meeting.

Robin Raphel is a former diplomat, ambassador, CIA analyst, lobbyist, and expert on Pakistan affairs. She had also served at a key post in the State Department in 2019.

Reports also claimed that PTI leader Fawad Chaudhry also visited the US Embassy in the capital city last week and met with US Ambassador to Pakistan Donald Bloom.

In April, ex-prime minister Imran Khan was ousted through a no-trust motion and Shehbaz Sharif was sworn in as the new Prime Minister of Pakistan.

However, Imran Khan repeatedly blamed the US government for his ouster, claiming that US President Joe Biden’s administration was behind the regime change in Pakistan.

The US government time and again rejected his allegations.