Serene Williams: An era of unparalleled glory comes to the end
12 Sep, 2016 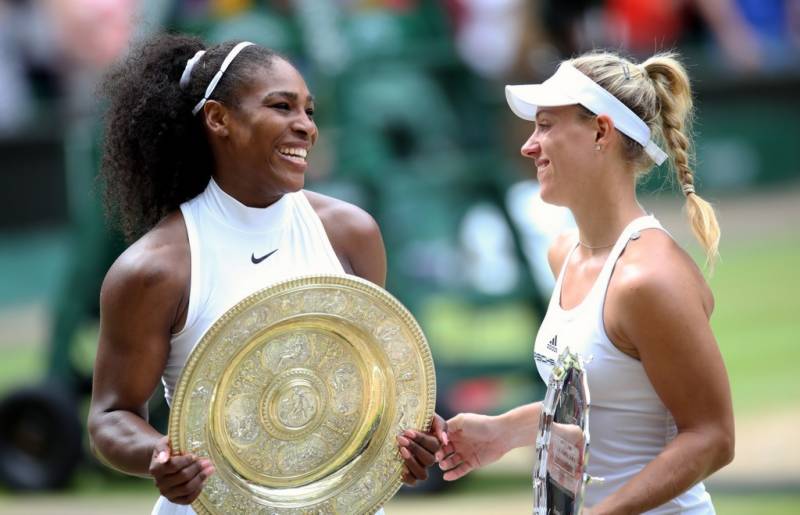 NEW YORK (APP) - Serena Williams faces a challenging new landscape in her continued pursuit of Grand Slam history thanks to the rise of a clutch of talented and fearless rivals led by new number one Angelique Kerber.

Kerber, 28, set the tone with her victory over Williams in the Australian Open in January.

And Williams's aura of invincibility was further eroded with a French Open final defeat by 22-year-old Spaniard Garbine Muguruza, a Rio Olympics third-round exit at the hands of 21-year-old Ukrainian Elina Svitolina, and her semi-final loss at the US Open to 24-year-old Czech Karolina Pliskova.

Pliskova's victory ensured Kerber, snapping for weeks at Williams's heels, would rise to number one -- a feat she marked with her second Grand Slam title of the season at Flushing Meadows.

With her plans for the rest of 2016 up in the air, Williams's coach Patrick Mouratoglou acknowledged that a season with just two titles -- even if one of them was Wimbledon -- wasn't up to the American's standards.

It may be the look of the future, however, as Williams's path beyond her current 22 Grand Slams -- tied with Steffi Graf for most in the Open Era and two shy of Margaret Court's all-time mark of 24 -- grows ever more complicated.

"I think she is going to win more and break Steffi's record. But it's going to get tougher.

"It gets harder the older you get and the young ones coming up."

Compared to Serena, who turns 35 later this month, Kerber is among those young ones, although at 28 she's the oldest woman to ascend to number one for the first time.

She's just the second woman, after China's Li Na, to win her first two Grand Slam titles after turning 28, and the German who has quietly worked on improving her game will now operate in the harsh glare of the spotlight the number one ranking brings.

"You have to embrace it," Fernandez said. "If you're going to be a champion you want the pressure. The better you get, the more pressure there is."

During her latest stretch of 186 weeks atop the rankings -- a span that equalled another Graf record -- Williams won seven Grand Slams and 24 titles overall.

But Williams must increasingly pick and choose her tournaments to preserve her body for the Grand Slams that are her priority.

"We know that had Serena played a full schedule, most likely she would not have lost that number one ranking," said 18-time Grand Slam champion Martina Navratilova.

"Amazing that she was still number one having only played eight tournaments.

"So there is a whole bunch of stuff going on, but the younger generation is definitely coming up."

That younger generation, Navratilova said, was galvanized by Kerber's victory over Williams in Melbourne, which was enough to spark a "collective confidence" among players long conditioned to think of Williams as unbeatable.

"I think Kerber set it up," she said. "Once she beat Serena there everybody thought 'Oh, we have a chance.'"