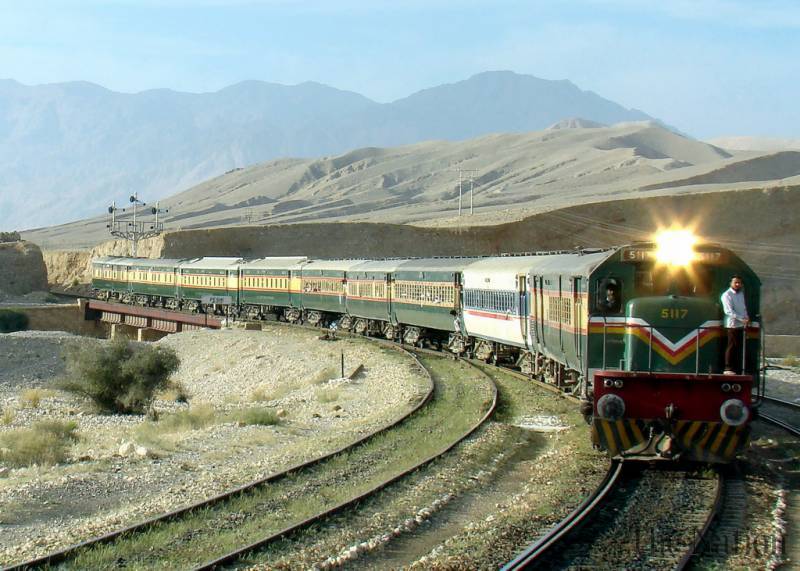 ISLAMABAD (APP): Pakistan Railways, amid passenger’s friendly policies (PR), has managed to control its losses which have reached Rs. 26.993 billion in 2015-16.

"Yes it is fact that Pakistan Railways has controlled its losses during last three years and as per data these are decreasing with each passing year. During 2013-14 the amount of loss was Rs. 32.527 billion, in 2014-15 the amount of loss was Rs. 27.247 billion and thanks to the best strategies introduced by Minister for Railways in the department, the losses came down to Rs. 26.993 billion during 2015-16," official sources said here on Monday.

The sources while citing the steps taken by the government to control the losses of Pakistan Railways, said competitive freight rates have been introduced to diversify traffic from road to rail.

Preference is being given to block train load freight trains, the sources said and added Freight Deposit Account (FDA) based agreements have been executed with long-lead bulk importers such as Maple Leaf cement Factory etc.

They said MOUs have been signed with importing Companies like with Awan Trading Company; the Chishtian Logistics for transportation of coal to long lead destination in up country.

At present, at an average 10 freight trains are being operated ex-port. Availability of locomotives in freight pool has been improved from 45 to 75 locomotives and all out efforts are being made to increase share of freight earning by giving preference to high rated commodity like POL.

The sources said a massive quantity coal consisting of average five trains per day will be transported by Pakistan Railways for Coal Fired Power Plants being established in public sector to overcome the energy crises while terminal facilities are being augmented by introducing latest equipments so as to curtail loading and un-loading time.

The sources said other steps include High Capacity/High Speed Hopper Trucks are also being introduced for swift movement/unloading of coal, existing track on main corridor (ML-1) will be upgraded under China Pakistan Economic Corridor (CPEC) and Freight Transport company has been established to explore new venues for future freight traffic.

The other measures are introduction of Green line train between Rawalpindi-Karachi via Lahore with extra facilities and amenities for business community, Wifi facility is being introduced in selected trains and at different trains value added services have been introduced to attract passengers.

The sources said landmark agreement has been signed between PR & UBL to provide the facility of e-ticketing by the end of October- 2016. This will revolutionize the whole concept of reservation and ticketing.

A major infrastructure improvement of important Railway stations have been started to give a new concept of state of the art buildings, passenger facilitation and modern business areas within station premises.

They said to provide better travelling facilities, economy class coaches are being replaced by Air conditioned standard coaches, extra coaches are also being attached to fetch more revenue and tremendous improvement has been made in service delivery.

The sources said to attract more passengers in Holy Month of Ramazan special package was introduced over the network while Eid Special trains were also introduced.