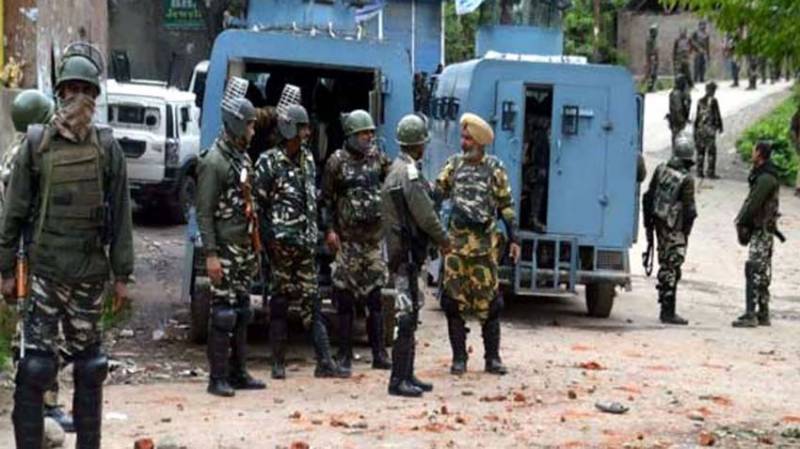 In Indian illegally occupied Jammu and Kashmir, Indian troops in their fresh acts of state terrorism martyred five more Kashmiri youth in two different areas of Shopian district, today, raising the toll to seven in the past 48 hours in the territory.

The troops during violent cordon and search operations killed three youth in Tulran and two in Feeripora areas of the district.

The charred bodies of three of the youth were also recovered after the troops blasted houses with chemical weapons in Tulran. The troops looted and plundered valuables, besides harassing locals. Two youth were killed one each in Islamabad and Bandipora districts yesterday.

Meanwhile, the All Parties Hurriyat Conference spokesman in a statement in Srinagar called for a complete shutdown and civil curfew on Friday against widespread genocide, mass arrests and registration of fake cases against detained Hurriyat leaders and activists including Aasiya Andrabi under draconian laws by the Modi regime.

The APHC spokesman said a fictitious charge-sheet has been lodged out of a deep-rooted conspiracy to execute judicial murder of Aasiya Andrabi and other Hurriyat leaders like Muhammad Maqbool Butt and Muhammad Afzal Guru.

On the other hand, Hurriyat leaders and organizations including Bilal Ahmed Siddiqui, Khawaja Firdous, Abdul Samad Inqilabi, Jammu and Kashmir Peoples League and Jammu and Kashmir Political Resistance Movement in their statements in Srinagar said that New Delhi has turned IIOJK into a new Nazi concentration camp where people are brutalized by mighty Indian occupation forces.