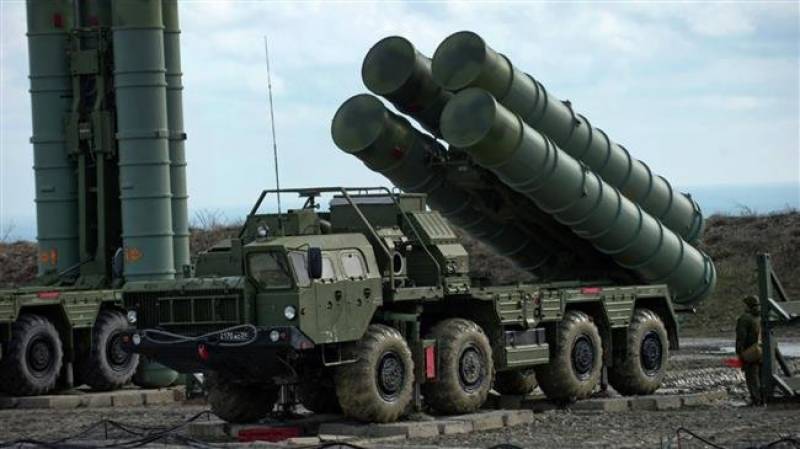 WASHINGTON: The US State Department said that the reports that India was purchasing Iranian oil and buying Russian manufactured S-400 missile defense system were not helpful, hours after President Trump said that India would soon know Washington’s response to the Russian deal.

“When we hear about things such as purchasing oil or purchasing of the S-400 systems, it’s not helpful,” US State Department spokesperson Heather Nauert told a questioner at a regular briefing when asked to comment on India’s fresh orders to purchase Iranian oil despite threats of US sanctions.

The spokesperson referred to a statement President Trump made while talking to reporters about the CAATSA sanctions and India’s buying of Russian missile system, saying that New Delhi would soon “find out” about the US response.

When asked to comment about the $4.5 billion Russian deal signed during President Vladimir Putin’s visit to New Delhi, the US President said that “India is going to find out” about his government’s response to the deal soon.

The deal comes under the Countering America’s Adversaries Through Sanctions Act (CAATSA), which targets Russia, Iran and North Korea. Under the CAATSA sanctions, only President Trump has authority for the presidential waiver to India.

The CAATSA act was passed overwhelmingly by the US Congress in August, 2017 which aims to counter aggression by Iran, Russia and North Korea through punitive measures. Title II of the Act primarily deals with sanctions on Russian interests such as its oil and gas industry, defense and security sector and financial institutions in the backdrop of its military intervention in Ukraine.