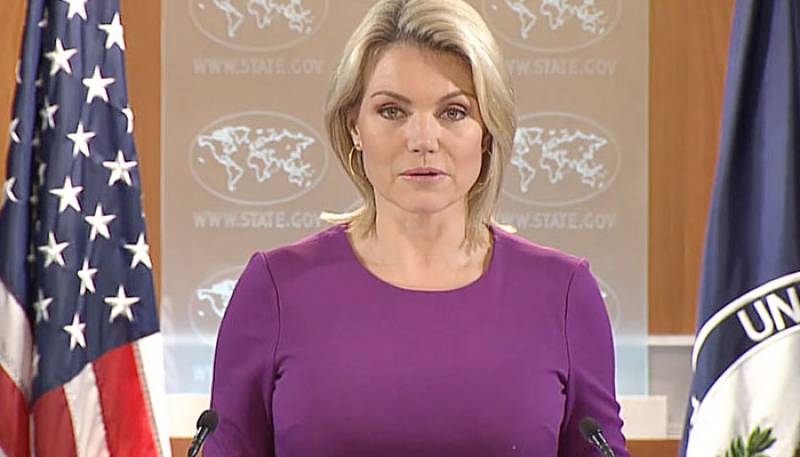 *WASHINGTON - The United States has held huge Chinese loans and debts responsible for debt burden and economic challenges for Pakistan.*

*US has said that the huge Chinese debt responsible for the economic challenges in Pakistan.*

*US further said that it will review government's bailout plea to the IMF from all angles, including the country's debt position.*

During a press conference,the State Department spokesperson Heather Nauert said; "We understand that Pakistan has formally requested assistance from the International Monetary Fund (IMF). In all cases, we examine that closely from all angles of it, including Pakistan's debt position, in evaluating any type of loan programme," adding this is something the United States has been tracking fairly closely.

Responding to a question, Nauert said; "The secretary had spoken about this a few months back, I know, in some interviews not that long ago. I think part of the reason that Pakistan found itself in this situation is Chinese debt, and the fact that there is debt that governments have incurred that they maybe thought wouldn't be so tough to bail themselves out of, but has become increasingly tough."

The State Department response on Pakistan's IMF bailout request appeared to be in sync with the statement made by IMF Managing Director Christine Lagarde.