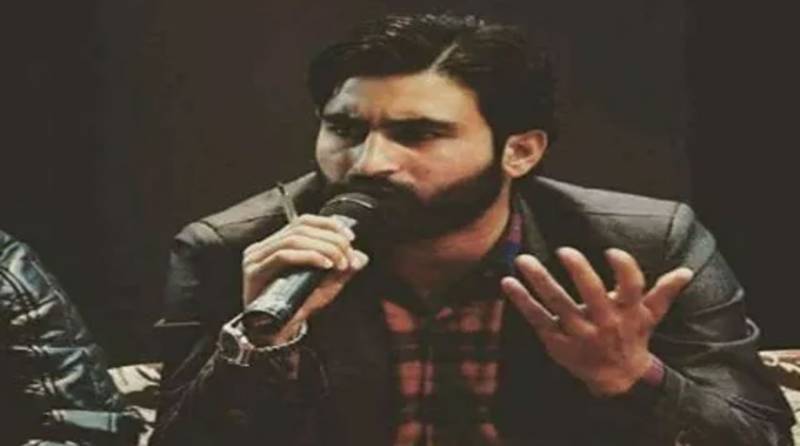 In occupied Kashmir, a PhD scholar, Dr Mannan Wani along with another youth, Aashiq Hussain Zargar, was martyred by Indian troops in their fresh act of state terrorism in Kupwara district, today.

Dr Wani and Aashiq were killed during a cordon and search operation, jointly launched by the personnel of Indian army, paramilitary forces and Special Operation Group in Shatgund area of Handwara in the district.

The killing triggered massive anti-India protests in Handwara and other parts of the district. Several youth were injured when the troops fired pellets, bullets and teargas shells on protesters.

The authorities suspended Internet services and closed all educational institutions in Kupwara, Bandipora, Pattan and Baramulla in north Kashmir and Pulwama district in south Kashmir immediately after the killing.

Meanwhile, the Joint Resistance Leadership in a statement in Srinagar, today, called for a complete shutdown in the occupied territory, tomorrow, against the killings.

The Chairman of Tehreek-e-Hurriyat Jammu and Kashmir, Mohammad Ashraf Sehrai and other Hurriyat leaders in their statements paid rich tributes to martyrs, Dr Mannan Wani and Aashiq Hussain.

The families and relatives of the youth martyred by Indian troops in Badipora on 21st September 2018 held a protest demonstration at Press Enclave, Srinagar, today, to press for the return of the bodies of the martyrs.

The Chairman of All Parties Hurriyat Conference, Syed Ali Gilani has designated Syed Muhammad Abdullah Gilani as his representative in Pakistan and Azad Jammu and Kashmir.