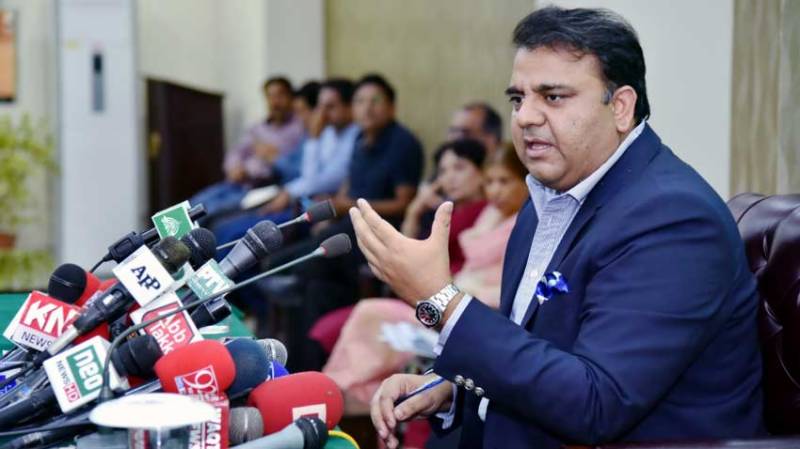 Briefing newsmen after cabinet meeting which was chaired by Prime Minister Imran khan in Islamabad afternoon, Information Minister Chaudhary Fawad Hussain said over three thousand people are on ECL and all of them are not guilty.

The Minister said the cabinet discussed at length the procedure and course of action for the newly launched Naya Pakistan Housing Programme by the Prime Minister.

He said it was decided that state lands would be kept as collateral to banks while people will build their houses on that land.

Chaudhary Fawad said we have retrieved thousands of kanals of land from encroachment mafia which will be utilized for this purpose in addition to spare lands owned by some government departments.

He said Apna Ghar Authority will start working in two months' time to build five million houses for people as promised in the PTI manifesto.

The Minister said cabinet decided to appoint Air Vice Marshal Arshad Khan as PIA chief to oversee affairs of the national airline. He said PIA is under debt burden of 406 billion rupees with a monthly operational loss of two billion rupees.

He said advertisements have been placed in media for appointment of new CEO of the airline. The Minister said restructuring plan of the PIA has also been submitted to Finance Minister.

The Minister said the cabinet also asked National Accountability Bureau to expedite process of investigation in order to bring the culprits to justice.

The Minister said an amendment has been approved in Section 35 of PPRA rules to expedite the process of buying urea for upcoming wheat crop.

He said the cabinet also accorded approval to constitute a committee headed by Advisor to Prime Minister on Commerce Abdul Razzak Dawood that will look into the matters of K-Electric and Shanghai Electric.

The Cabinet also gave approval to the salaries of employees of Pakistan Steel Mills for the month of August.