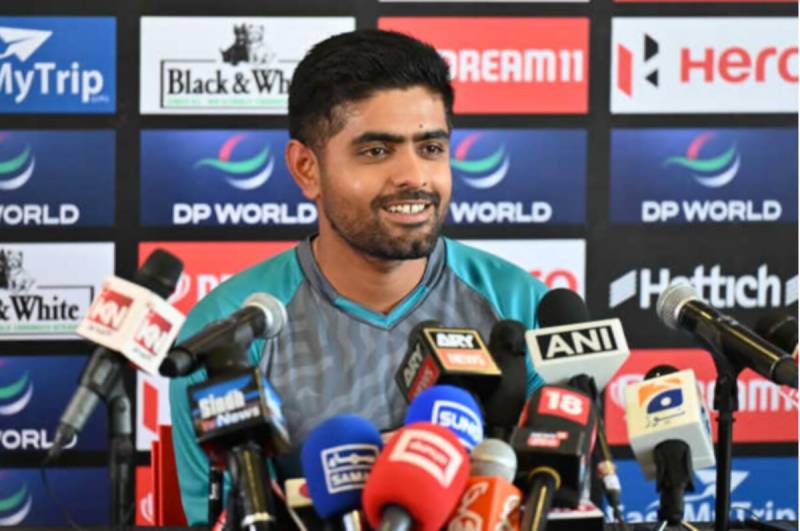 Pakistan cricket captain Babar Azam on Saturday broke his silence on Prime Minister Shehbaz Sharif's viral tweet ahead of the team's blockbuster final against England at the Melbourne Cricket Ground on Sunday.

Prime Minister Shehbaz Sharif had taken a brutal dig at Team India moments after Rohit Sharma and his men lost the T20 World Cup semi-final against England in Adelaide on Thursday.

India had lost by 10 wickets in the match where the England opening pair of Alex Hales and Jos Buttler showed no mercy to the Indian bowling attack.

Pakistan captain Babar Azam on Saturday broke his silence on the tweet ahead of the team's blockbuster final against England at the MCG.

The loss on Thursday was only the second instance that India were defeated by a margin of 10 wickets in a T20 World Cup game. The previous was against Pakistan in Dubai last year when Babar and Mohammad Rizwan had recorded a match-winning 152-run opening stand.