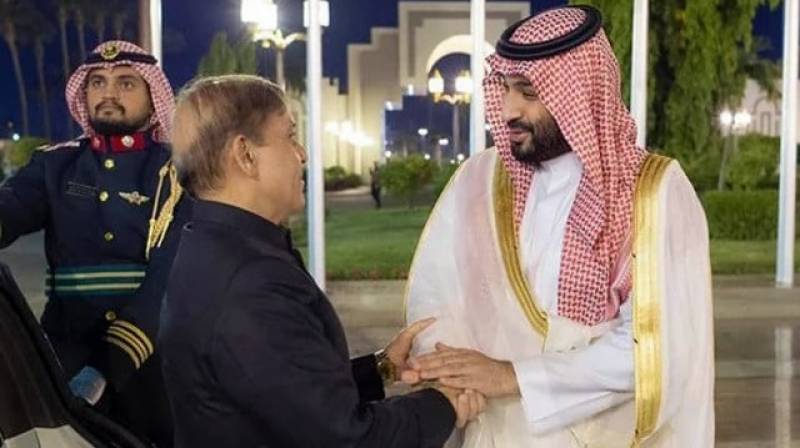 ISLAMABAD — The Foreign Office (FO) confirmed on Saturday that Saudi Crown Prince Mohammed Bin Salman’s visit to Pakistan has been postponed for now.

Pakistani Prime Minister Shehbaz Sharif said last month the crown prince would visit Pakistan soon and that he had expressed his willingness to support development projects in the country and invest in a $10 billion oil refinery.

Sharif’s remarks had come days after he concluded a three-day trip to the kingdom during which the two leaders resolved to boost bilateral ties. “He (crown prince) was ready to do anything for [the betterment of] people of Pakistan,” the prime minister had said.

“I want all of you to welcome him warmly because he comes from a brotherly country,” PM Shehbaz had said on Salman’s arrival.

The Saudi crown prince had last visited Pakistan in February 2019 during the term of former prime minister Imran Khan.

During his visit, the inaugural session of the Saudi-Pak Supreme Coordination Council was held. The council was formed to put in place a high-level institutional mechanism to fast-track decisions in key areas of bilateral cooperation, and for close monitoring of their implementation.

Under the council, a steering committee and joint working groups were set up at ministerial and senior officials levels to develop frameworks of cooperation in specific projects and submit recommendations to the respective ministers.

Various Memorandums of Understanding (MoUs) and agreements were also signed for investment cooperation during the crown prince’s visit.