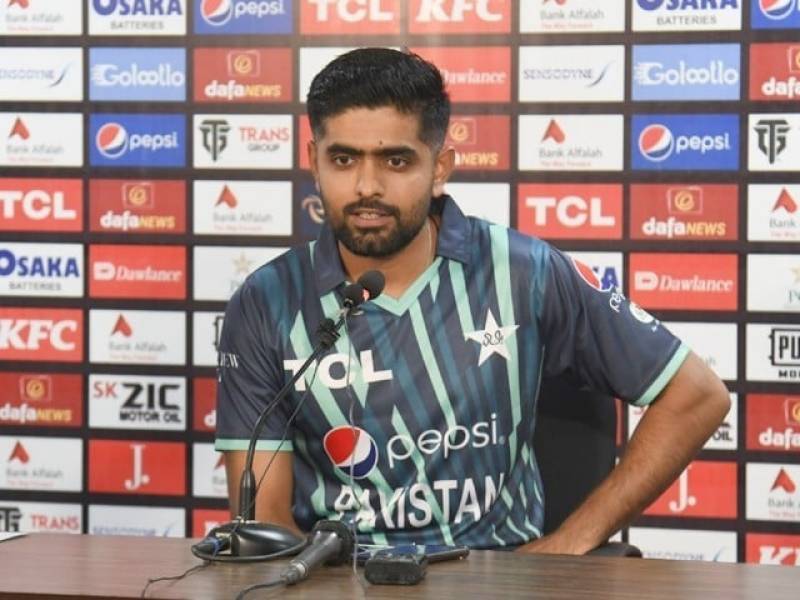 MELBOURNE – Pakistan skipper Babar Azam said that the team green will try to continue the winning momentum in the final game of the T20 World Cup against England on Sunday, saying players are not nervous, but excited for the mega event.

Pakistan bounced back after losing two matches to India and Zimbabwe and they bagged four consecutive victories that filled the team with confidence.

The Men in Green Shirts defeated the Netherlands, South Africa and Bangladesh consecutively before the winning momentum touched the fresh heights when they outclassed New Zealand in semi-final game.

Pakistan thrashed the Kiwis by seven wickets on Wednesday to qualify for the final at the Melbourne Cricket Ground (MCG) on Sunday.

Addressing a press conference in Melbouren, Babar Azam expressed confidence that his team are on the path to glory in the final game.

The 28-year-old also acknowledged that Pakistan will have to be wary of nullifying their opponent's strengths in the Final.

Saying England have quality fast bowlers and batters, the 28-year-old said that Pakistan will have to be at their best to execute their plans.

He said that Pakistan team will try to give their 100% to make the fans happy.

A day earlier, Pakistan Cricket Board Chairman Ramiz Raja held a pep talks with his squad in Melbourne where he told them that success is the best revenge.

He made the remarks in context of criticism faced by the team when they faced defeat in first two matches against India and Zimbabwe.