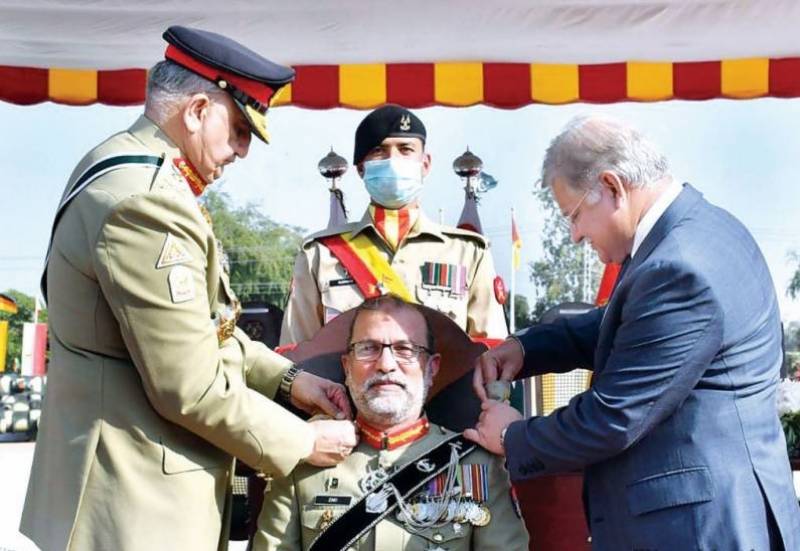 A press release issued by the Inter-Services Public Relations (ISPR) stated Chief of Army Staff pinned badges of rank on the shoulders of Lieutenant General Nadeem Zaki Manj to formally install him as Colonel Commandant of Armoured Corps and laid a floral wreath at the Yadgar-e-Shuhada and offered Fateha for martyrs.

Gen. Bajwa also commended the Armoured Corps for being the decisive arm in the battlefield for displaying the highest standards of professional excellence and commendable performance during various operations.

Commanders at all levels must stay focused on professional training of all ranks, COAS remarked while emphasizing that “Being a technology extensive component of Army, staying abreast with latest developments is imperative for Armoured Corps”.