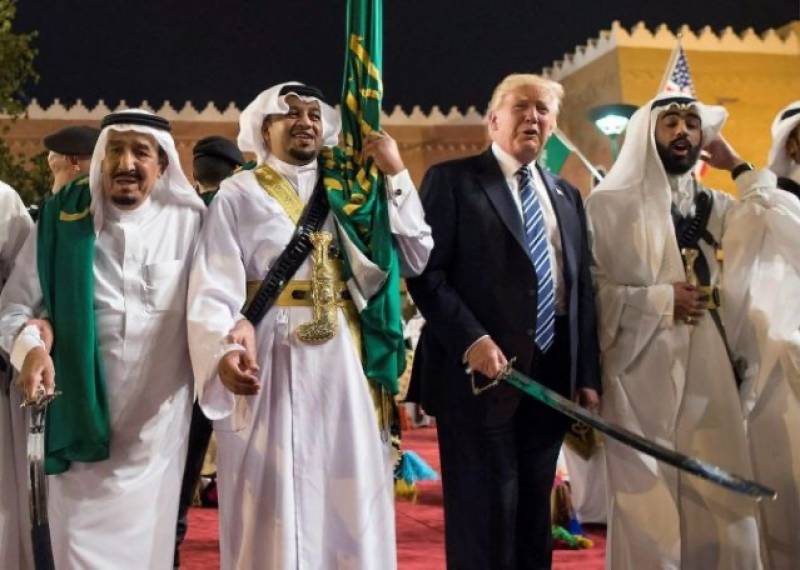 Saudi Arabia's King Salman urged world powers Thursday to take a "firm stance" against its arch-rival Iran, as expectations mount that US President-elect Joe Biden will seek to revive a 2015 nuclear deal with Tehran.

Riyadh appears wary of Biden's pledge to revisit the nuclear pact between major powers and Iran, a landmark deal that was negotiated when he served as vice president under Barack Obama.

The king's remarks come a day after the UN nuclear watchdog, the IAEA, warned that Iran's stockpile of enriched uranium has risen to more than 12 times the limit permitted under the 2015 deal since President Donald Trump unilaterally withdrew from it.

"The kingdom calls on the international community to take a firm stance towards the Iranian regime," the king said in his annual address to the Shura Council, the top government advisory body.

"This firm stance must guarantee that the Iranian regime is prevented from obtaining weapons of mass destruction, the development of its ballistic missile programme and threatening peace and security," he added in a speech delivered in the early hours.

The king did not directly address Biden in his speech.

Trump quit the deal in 2018, launching a "maximum pressure" campaign against Iran -- including crippling unilateral sanctions -- that was welcomed by the kingdom.

Sunni powerhouse Saudi Arabia and Shiite Iran are locked in a decades-old tussle for supremacy in the Middle East, and are on opposing sides in regional conflicts from Syria to Yemen.

The International Atomic Energy Agency warned on Wednesday that Iran's explanations over the presence of nuclear material at an undeclared site in the country were "not credible."

While the IAEA has not identified the site in question, diplomatic sources have indicated to AFP that it is in the Turquzabad district of Tehran, previously identified by Israel as an alleged site of secret nuclear activity.

Observers warn that Iran's actions could trigger a nuclear arms race in the Middle East.

The kingdom's de facto ruler, Crown Prince Mohammed bin Salman, declared in 2018 that if Iran develops a nuclear bomb, "we would follow suit as soon as possible".

US intelligence agencies are examining efforts by Saudi Arabia, which has vast uranium ore reserves, to build up its capacity to produce nuclear fuel that could help the kingdom develop a bomb, the New York Times reported in August.

In his speech, the king also condemned Iran-linked rebels in neighbouring Yemen for repeatedly firing on civilians in the kingdom with drones and ballistic missiles.

Saudi Arabia leads a military coalition against the rebels in a five-year-old conflict that has killed tens of thousands of people and driven millions from their homes. The UN has described the conflict as the world's worst humanitarian disaster.

King Salman also reiterated his support for a two-state solution to the Israeli-Palestinian conflict.

He did not address recent normalisation deals between Israel and Saudi allies Bahrain, the United Arab Emirates and Sudan.

Despite its clandestine links with Israel, Saudi Arabia has refused to officially recognise the Jewish state without a resolution to the Palestinian issue.

The king's speech comes just days before the G20 summit, which will be hosted virtually by Riyadh on November 21 and 22. - APP/AFP