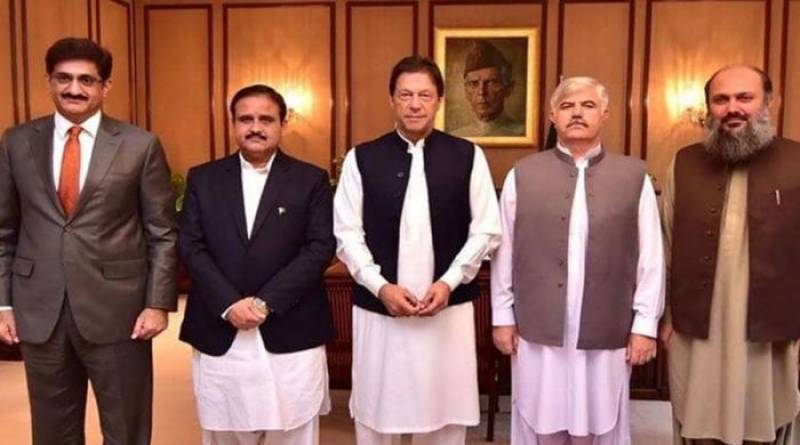 ISLAMABAD: The Council of Common Interests (CCI) has agreed to launch a five-year project worth Rs350 billion to control malnutrition and stunted growth among children in the country.

This decision was taken during a CCI meeting presided over by Prime Minister Imran Khan on Wednesday. The chief ministers of Punjab, Sindh, Khyber Pakhtunkhwa and Balochistan were also present on the occasion, a statement issued by the PM Media Wing said.

The PM noted that energy issues carried a national impact and it was necessary that a consensus was developed among the provinces where a win-win result was achieved for the benefit of the people of Pakistan.

It was agreed that the cost of the five-year project would be shared equally between the federal government and provinces (around Rs175 billion each).

The project titled ‘Tackling Malnutrition Induced Stunting in Pakistan’ will target 30pc of the total population of the country with 15 million women of reproductive age group and 3.9 million children under the age of 2 years through nutrition interventions, the statement read.

Keeping in view the importance of developing a consensus on energy issues of the country, it was decided that the next meeting of the council will be called in the first month of next year to finalize issues related to costs of electricity, gas and fuel and also to resolve water related issues.

Meanwhile, the CCI considered the request of the KP government for one-time permission to swap/substitute arrangement of one exploration block with another prospective block within the province. The meeting accorded the one-time approval for the swap with the condition that commitments accruing out of previous award of block should be completed and the Petroleum Division should incorporate a time limit for such swap so that future requests were catered for.