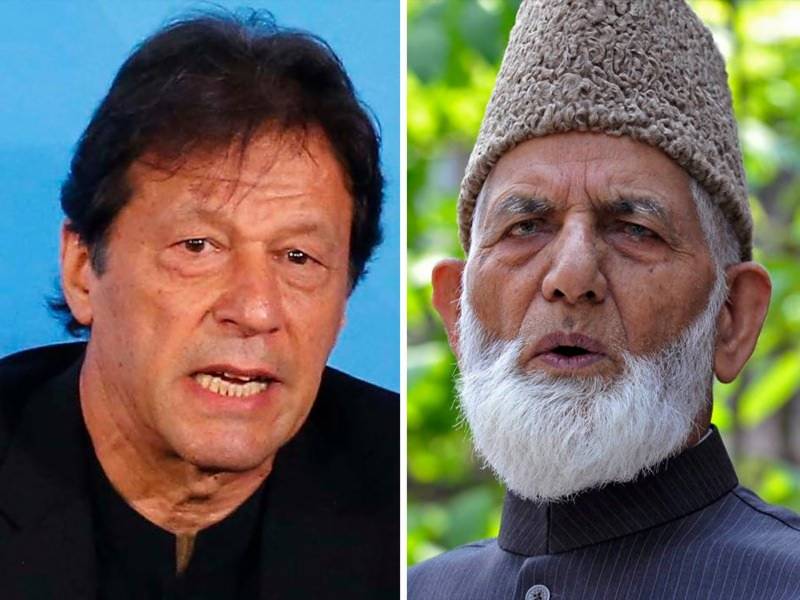 Chairman of the All-Party Hurriyet Conference Syed Ali Geelani has thanked Prime Minister Imran Khan for his efforts to push for the Kashmiri cause before the global community.

In a letter to the premier, a copy of which is exclusively available with The Express Tribune, Geelani said it may be his last communication as “ill health and issues of old age may not allow” him to address again. “Allah (SWT) decides as he wills on our lives and deaths.”

The letter comes as lockdown in the Indian Occupied Jammu and Kashmir nears 100 days. Days before revoking IOJ&K special autonomy, the Narendra Modi government imposed an information and communication clampdown and placed the occupied region’s political leadership under arrest. International media has since reported human rights violations and censured New Delhi for the lack of transparency.

Addressing PM Imran, Geelani said: “The way you [Imran] spoke at the UNGA against the Indian decision to illegally change the disputed status of Jammu and Kashmir, and in favor of the oppressed people of this region, is praiseworthy.”

“The struggle for the freedom of Kashmir from Indian occupation and tyranny has seen many phases right from 1947. But, since that date, the struggle of Kashmiri men, women and children for liberation has continued and remained alive. In this ceaseless struggle 1988, 2008, 2010 and 2016 remain as landmarks. It is the cumulative people’s resistance that has ensured that India has been unable to crush this freedom struggle.”

“India’s attempt to force this illegal decision on the people has seen a widespread curfew in the region,” he said. “All forms of communication, including phones and internet have been cut off.