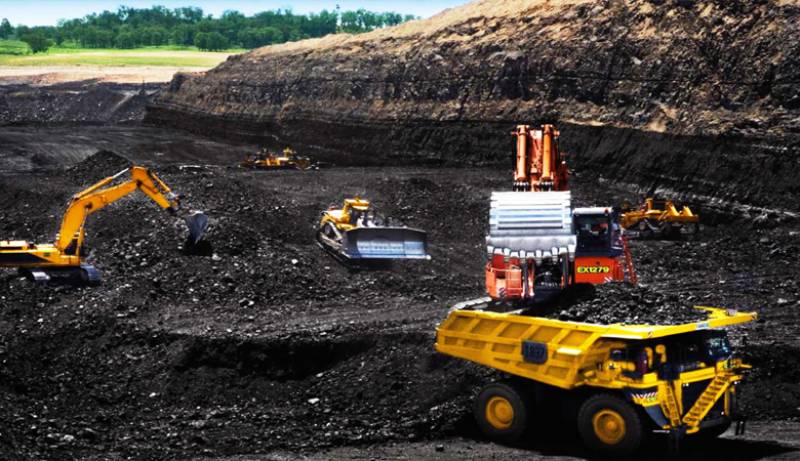 BEIJING: The first phase of Thar mining and power project, one of the import energy projects in Pakistan, is scheduled to be put into operation next year, benefiting two million local people, according to its building contractor, China Machinery Engineering Corp (CMEC).

The project was started in April 2016 and is planned to be completed in October 2019, as the first coal and power integration project under the China-Pakistan Economic Corridor (CPEC), China Daily reported.

Involving more than $2 billion investment, the project was signed in 2014. Chinese and Pakistani consortium banks led

by China Development Bank and Habib Bank joined the deal after inking a series of financing agreements.

On the initial phase, slated to begin operation next year, it will also be capable of generating at least 3.8 million metric tons of brown coal annually.

Currently, the project is advancing smoothly, well ahead of schedule, its executives revealed.

The phase II of the project is planned to start in the near future, and the financial arrangement for phase III is expected to be settled within this year.

The Thar project will help Pakistan to make better use of its own resources, optimize its energy structure and relieve the heavy reliance on imported petroleum to improve the country's international balance of payment, Chairman (CMEC), Zhang said.

Especially after the company expands its mining production and power generation, the economies of scale will further slash energy costs in Pakistan.

As the Company offers training to local workers and technicians, the less developed mining sector will benefit from it, he said, adding increased employment created by the project can improve the local economy.

For the company, the coal-power integrated project is its first project that is being built in the engineering-procurement-construction mode driven by financing, as an innovation in business modes, its executives said.

Ranging from submitting a feasibility research report to providing technological and financing plans, the Company is shifting its role from solely being a building contractor to an all-around service provider along the value chain, involving financing, operation and maintenance.

As a growing number of Chinese companies are turning their eyes to Pakistan, one of the countries involved in the Belt and Road Initiative, the financing-driven EPC practice will help them gain expansion in service domains, extension along the value chain, an increase in market share and industrial competition, they said.

Over the past three decades, CMEC has accumulated rich expertise and experience in contracting international construction projects, especially in the power industry.

The company has created many firsts in China. It was the first Chinese company to undertake an international engineering project under the arrangement of export supplier's credit.

Due to its outstanding performance in Turkey, it beat its competitors to become the first winner of Luban Awards for overseas construction projects among the Chinese-built coal-fired power stations in December 2012.

In November 2015, the company again won the honor for a power plant it built in Belarus.