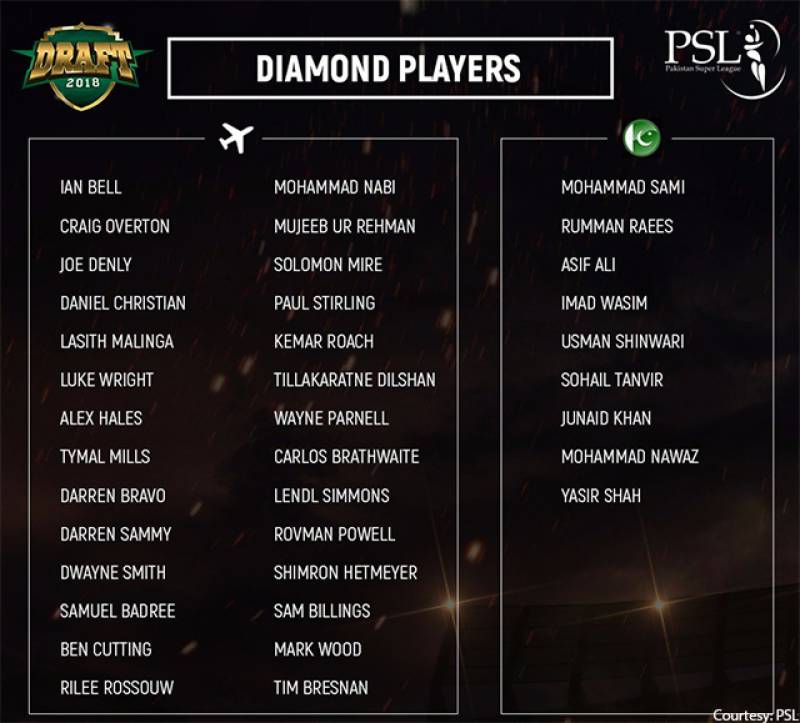 *ISLAMABAD - The upcoming fourth edition of Pakistan Super League (PSL) released the number of players to be drafted among different categories in the upcoming Twenty20 tournament.*

The players are categorized into Diamond, Gold, Silver and Emerging lists.