It had to be more than a tit for tat policy against Pakistan: Indian Army Chief
12 Nov, 2018 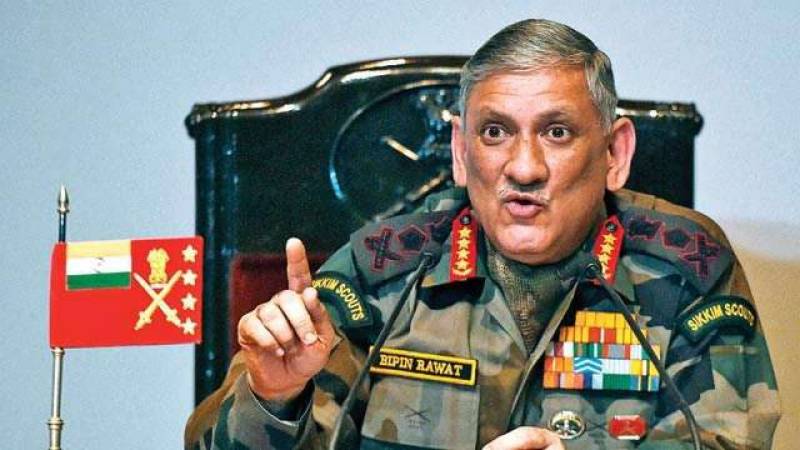 PATHANKOT - Indian Army Chief General Bipin Rawat when asked whether India is following a tit-for-tat policy towards Pakistan, which was resulting in many casualties, said the policy keeps on changing.

"See we have to keep changing the policy...We have keep doing something different. It has to be reviewed so that we keep ahead of adversary," he said, adding that it had to be more than a tit-for-tat policy, PTI has reported.

He said what the Indian Army was doing along the LoC was not being put into public domain.

The Army chief said Pakistan kept sending terrorists to cause damage and ultimately it led to violence against the people.