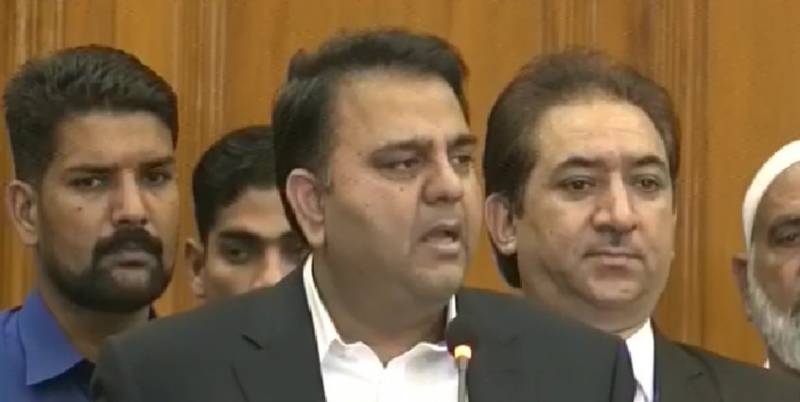 Information Minister Chaudhary Fawad Hussain says politics should not be done on the name of religion. Addressing a seminar in Lahore he said Pakistan is facing a intellectual crisis, not political crisis.

He said a person cannot be Muslim unless he fully immerses in the love of Prophet Muhammad Peace Be Upon Him and completely believes in the finality of his Prophethood. He said the clash of ideas is won by arguments, and not sword. . Chaudhary fawad hussain said those seeking anarchy and miscrancy are devoid of the power of argument.

The minister said the situation in Afghanistan had a direct impact on Pakistan during the last 3 or 4 decades. The minister said for the first time month of Rabi-ul-Awwal is being observed on state level.

Renowned scholars from across the world have been invited to attend the conference on Rahmat-ul-Alameen. He urged the religious scholars to become part of government efforts to spread the message of love of Prophet Muhammad Peace Be Upon Him.