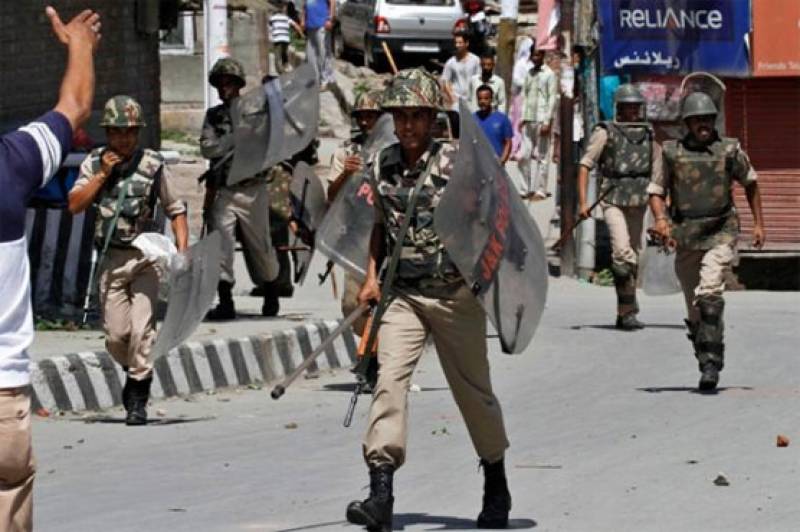 ISLAMABAD: The Chairman of Tehreek-e-Hurriyat Jammu and Kashmir, Mohammad Ashraf Sehrai in Indian Held Kashmir has said that the Indian forces have unleashed a reign of terror in the entire territory.

According to Kashmir Media Service , Mohammad Ashraf Sehrai in a statement issued in Srinagar said that the forces had created havoc in Alastang Shuhaama in Gandarbal district where old and young were threatened and asked to report in forces’ camps a few days ago.

He said the way innocent population and youth in particular are targeted and deprived of their lives or personnel freedom by merciless forces clearly depicts the forces hatred and enmity against the oppressed Kashmiris. This behavior is quite inhuman, brutal and barbaric, which disregards every legal safeguard available to a human being under the civilized legal system, he added.

He said by creating such a war-like situation, India cannot burry Kashmir dispute.

He said the people of Kashmir have been struggling for securing their right to self-determination for the last 70 years and would continue it till complete success.

He also denounced the arrest of the university students and said that India deliberately pushed youth to the wall to pave the way for slow genocide and extreme suffocation. He said the arrest and intimidation is a ploy in and outside Kashmir to destroy the academic carrier of students. He demanded immediate release of these students.