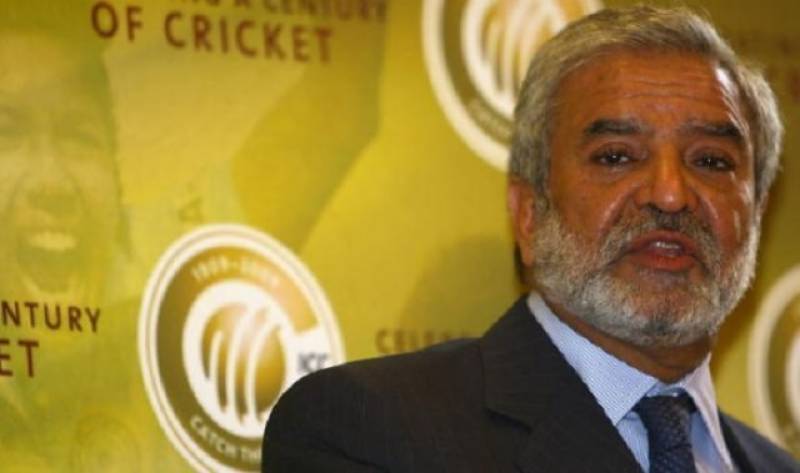 ISLAMABAD: Pakistan Cricket Board (PCB) Chairman Ehsan Mani said India was the biggest market for the bookies, who were vitiating the cricketing world .

When he was the president of International Cricket Council, he had asked the cricket boards to take strict action against the bookies, he said while talking to a private news channel.

The minister said every cricket playing country and league had been affected by the menace fixing.

"Corruption is the biggest threat to cricket," he said, adding the PCB had a "zero-tolerance policy" towards corruption. All the the corrupt players, who had been involved in fixing, would not be included in teams, he added.

The PCB chairman said when he took over, the state of affairs at the PCB was in disarray. Its system had to improved, he added.

He said there were over 900 employees in the PCB, which made it the biggest cricket board in terms of workforce.

Mani said the board's audit report would be uploaded on the PCB's website. "We will not let anyone to become jobless," he added.

He said "No one knows cricket better than Prime Minister Imran Khan." Similarly, input from the former cricketers would also be sought for taking important decisions, he added.

Replying to a question regarding the team captain for World Cup, he said the issue should not be made controversial. Sarfraz Ahmed as a captain was performing well, he added.

A four-member cricket committee head by Mohsin Hassan Khan, he said, was working to improve the quality cricket in the country. The committee would soon present its report to the prime minister.