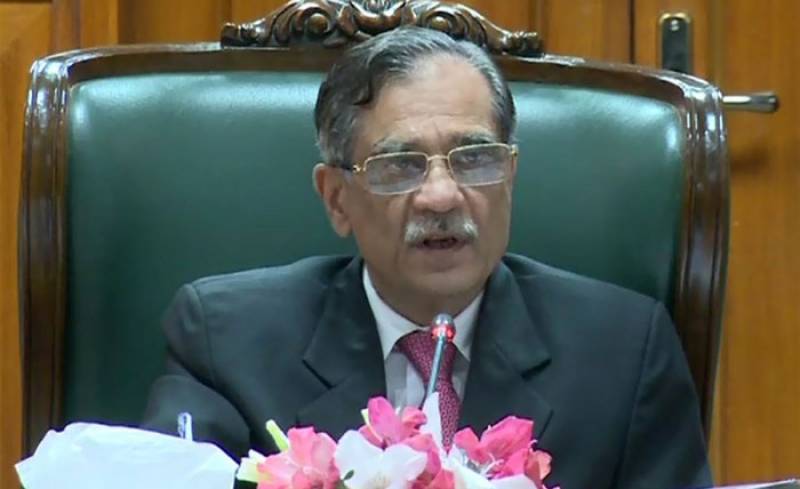 Chief Justice of Pakistan, Saqib Nisar heard the case regarding stealing of Na'alain Mubarak from Badshahi Mosque Museum at Lahore Registry of Supreme Court on Sunday.

During the hearing, the lawyer for Punjab Auquaf department told the court that FIR has been registered regarding this incident.

The Chief Justice said the Na'alain Mubarak were stolen sixteen years ago. He said this is not a routine case as it involves our beliefs.

During the hearing of another case, Chief Justice sought report from Punjab Chief Secretary regarding non provision of funds to United Christian Hospital Lahore.

The court ordered to restore the hospital within one week.