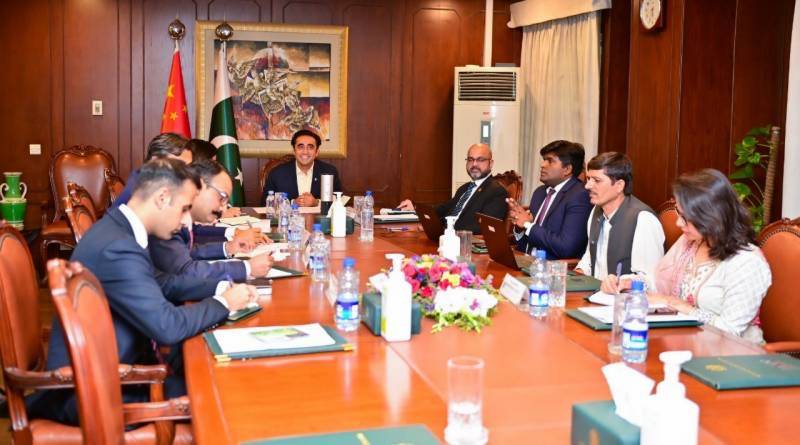 According to a foreign ministry statement on Wednesday, the minister urged the UN Security Council to remind India that Jammu and Kashmir remains an internationally recognised dispute and it should refrain from bringing about any illegal demographic changes in the occupied territory.

Bilawal called for prevailing upon India to let the people of IIOJK determine their own future through a free and fair plebiscite under the relevant UN Security Council resolutions.

In the letter, he also underscored India's gross and widespread human rights violations in the occupied territory and drew particular attention to the ongoing Indian efforts to further marginalise, disempower and divide the beleaguered Kashmiri population.

He added that the move is designed to pave way for installing yet another puppet government in the territory that is pliant to BJP-RSS combine, and panders to its "Hindutva" ideology.

"Through the sham 'delimitation’ exercise, it is obvious that India is aiming to speed up the process of demographic changes that it has already set in motion through measures such as doling out millions of domicile certificates, offering jobs, and putting up land in IOJK for sale to non-Kashmiris, in complete disregard to the international law and relevant Geneva Conventions," he said.

Meanwhile on Wednesday, Indian troops in their fresh act of state terrorism killed another young Kashmiri in north Bandipora.

According to Kashmir Media Service, the troops shot the youth dead during a cordon and search operation in Salinder forest area of the district.

The situation is alarming in the IOJK since India, in an illegal and unilateral action, had stripped the occupied region of its autonomy on August 5 2019.

Also today, Bilawal held his first bilateral meeting with Chinese State Councilor and Foreign Minister Wang Yi virtually where he highlighted that China-Pakistan's all weather friendship has stood the test of time