Turkish President Tayyip Erdogan lashes out at Israel
12 May, 2019 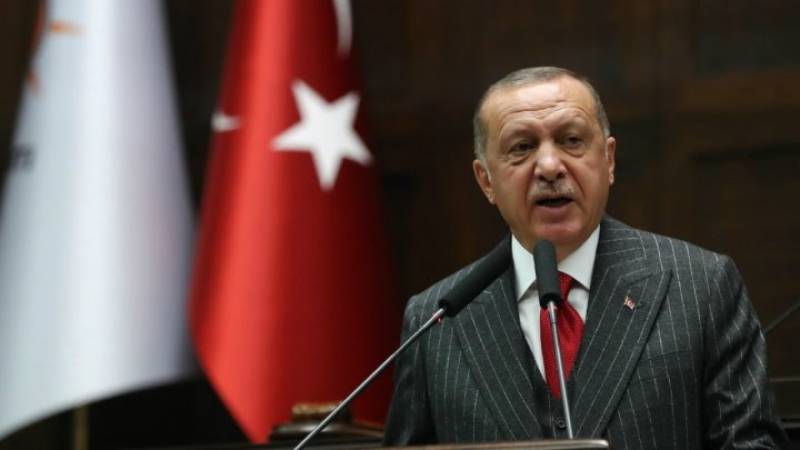 ANKARA, TURKEY - President Recep Tayyip Erdogan on Saturday said Turkey is an independent, sovereign and democratic country that believes in the rule of law.

"Those who receive coup murderers in their countries cannot lecture us," Erdogan said in response to statements from some Western countries regarding the Supreme Election Council’s (YSK) decision on Istanbul local elections.

On Monday, the YSK accepted the ruling Justice and Development (AK) Party's objection to the local election results in Istanbul and announced a do-over election will be held on June 23.

"Turkey is an independent, sovereign and democratic country that believes in the rule of law. Turkey is no one's mandate," Erdogan said at the 39th traditional iftar meal organized by the Birlik Foundation charity in Istanbul.

"Israel can target humanitarian organizations’ headquarters, media cooperations as the international community remains silent. They hit Anadolu Agency's office because their dirty works must not be broadcasted to the world," Erdogan added.

Last Saturday, Israeli warplanes hit the building in Gaza where Anadolu Agency’s office was located with at least five rockets after warning shots. No injuries or death were reported, but the building was destroyed.