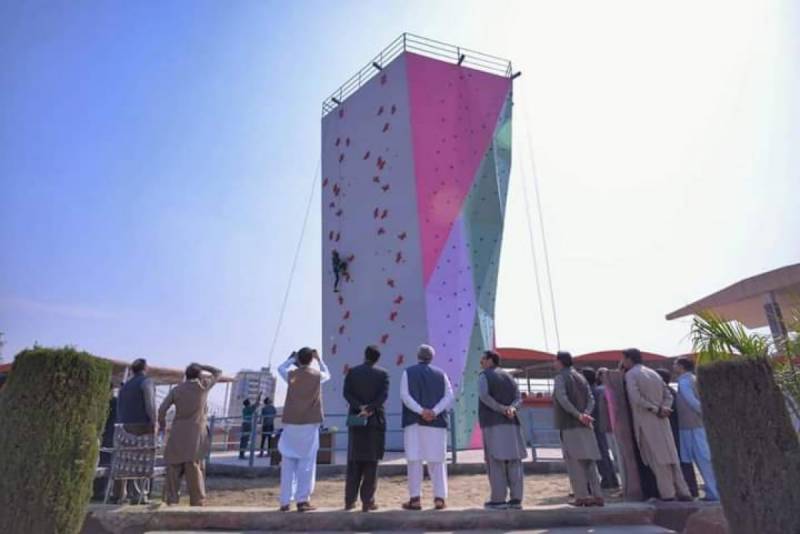 PESHAWAR – The government of northwestern Khyber Pakhtunkhwa has inaugurated the first climbing wall named after Muhammad Ali Sadpara, the Pakistani mountaineer who was declared dead days after gone missing on the second-highest peak in the world.

The 52 feet high wall boasting three categories including speed, technical and vertical, is estimated to cost Rs10 million and will be constructed under the PM’s 1000 Playground Facilities project at Peshawar Sports Complex.

Muhammad Ali Sadpara, John Snorri from Iceland and Jaun Pablo Mohr from Chile were on the mission to scale K2 in winter but lost contact after they started their push for the K2 summit from camp 3 in the first week of February.

After losing contact with the team, multiple rescue operations were carried out with the help of Pakistan Army’s helicopters and PAF C-130 aircraft but to no avail. On Feb 18, Sajid, Sadpara’s son, declared his father dead.

“Pakistan has lost a great mountaineer, my father and two other climbers are no more with us,” Sajid Ali Sadpara said while speaking to media in Skardu.