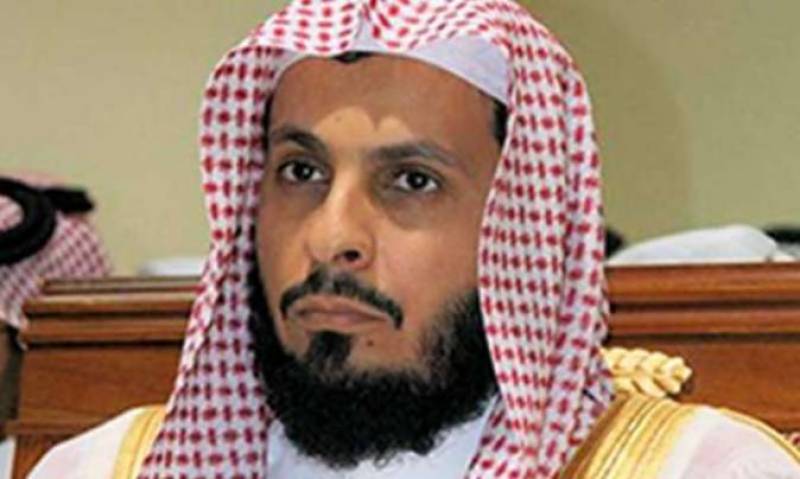 ISLAMABAD : Imam of Kaaba Dr. Saleh bin Muhammad Al-Talib while talking about the Kashmir issue said that he considers Kashmir is the part of Pakistan and accept this reality. I always remember the innocent people of Kashmir in my prayers.

He met Speaker National Assembly of Pakistan in Parliament House, on Monday and admired Pakistan’s role for maintaining peace in the region and commitment to eradicate the menace of terrorism and extremism from the country and beyond.

Talking to the Speaker, the Imam expressed immense pleasure on his visit to Pakistan and said that people of Pakistan and Saudi Arabia have strong and eternal bonds. “Saudi Arabia and Pakistan are like two bodies and one soul.Our sorrow, happiness and destination are the same. Both the countries are the symbol of peace, brotherhood, progress and prosperity, he said. He further said that Pakistan has a significant place in the Muslim world and is playing a vital role for peace and stability in the region.

Imam of Kaaba expressed that terrorism and extremism could not be tolerated anymore and they should not be linked to Islam. He called for unity in ranks of the Muslim world and condemned sectarianism and extremism. Terrorism is destroying economy and spreading poverty and ignorance in the world, so it is the responsibility of the Islamic scholars to stand against this evil, he said.

While talking to the Imam of Kaaba, Sardar Ayaz Sadiq has said that Pakistan is worried about the situation of entire Muslim Ummah. “Terrorism, extremism and destruction are common in most of the Islamic world. I think this is the conspiracy designed by our common enemies who did not want the development and prosperity of Islamic World”, the Speaker said.

The Speaker said that the people and government of Pakistan have the greatest regard for Saudi Arabia and they will never tolerate any aggression against it. “We are ready to sacrifice our lives for the protection of Harmain Sharefain” the Speaker assured. He said that the relations between Saudi Arabia and Pakistan are deep rooted and time tested and the same level of relationship exists between the peoples of both countries.