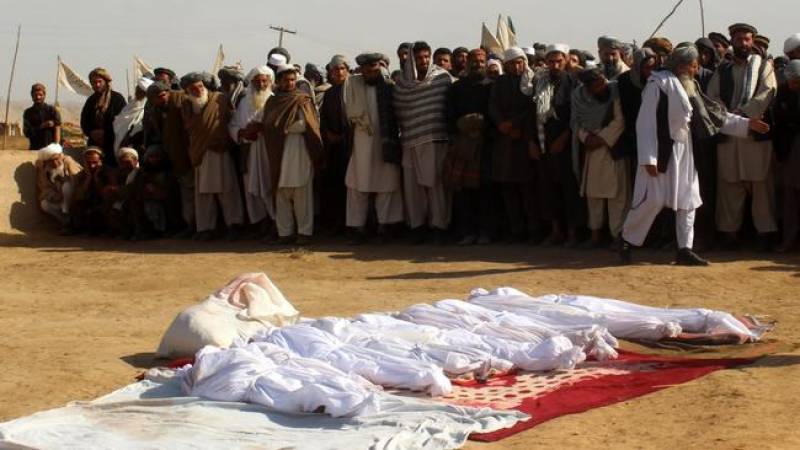 KABUL: NATO confirmed Thursday that US forces in Afghanistan killed 33 Afghan citizens "in self-defence" in Kunduz last year in a single incident highlighting civilian casualties, one of the most contentious issues of the 15-year campaign.

The incident on November 3 saw US and Afghan troops call for air reinforcement as they engaged with Taliban forces hiding in civilian houses in a village in the volatile northern province.

Civilian men, women and children were "likely inside the buildings from which the Taliban were firing", the report said. Two US forces and three Afghan commandos also died in the firing.

The civilian deaths sparked outrage at the time, with victims´ relatives parading the mutilated bodies of dead children piled into open trucks through the streets of Kunduz city.

"The investigation determined, regretfully, that 33 civilians were killed and 27 others wounded," NATO´s Afghan mission Resolute Support said in a statement.

"To defend themselves and Afghan forces, US forces returned fire in self-defence at Taliban who were using civilian houses as firing positions," the statement added.

"Regardless of the circumstances, I deeply regret the loss of innocent lives," said General John Nicholson, commander of US forces - Afghanistan.

The United Nations has also launched an investigation, calling any loss of civilian life "unacceptable", with its findings due to be released by the end of this month.

The carnage underscored worsening insecurity after the Taliban in October 2016 overran Kunduz city for the second time in a year, as NATO-backed Afghan forces struggle to rein in the insurgents.

Civilian casualties caused by NATO forces have been one of the most divisive issues in the 15-year battle against the insurgents, prompting strong public and government criticism.

Errant air strikes contributed to a 42 percent jump last year in casualties caused by pro-government forces compared to last year, according to the UN.