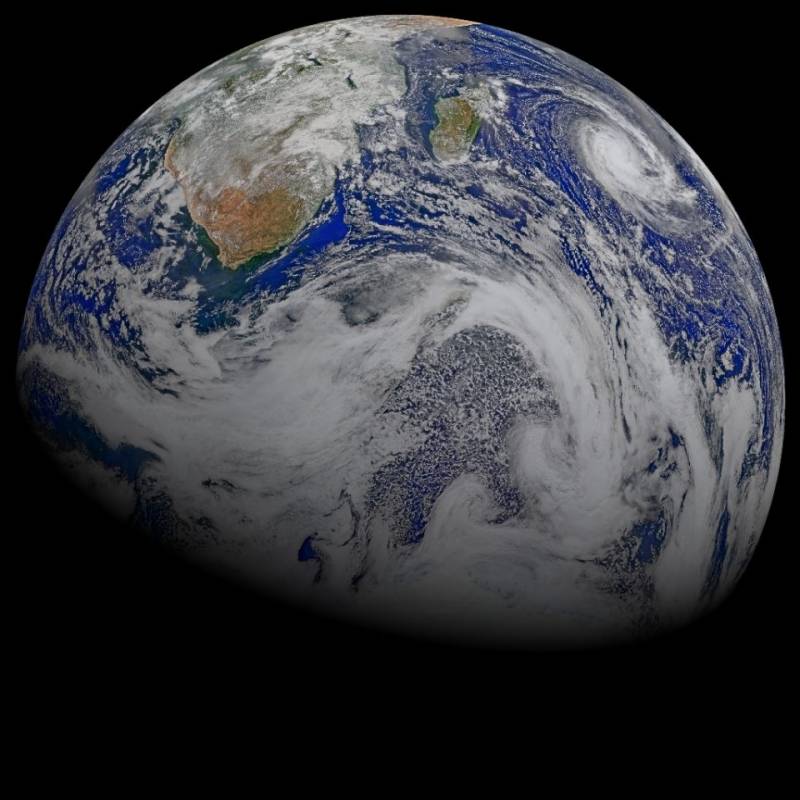 TOKYO: (APP) Japanese scientists say that silicon is likely the mystery element in the Earth's inner core, claiming progress on solving one of the planet's deepest secrets.

Consensus has long been that the centre of the planet is composed of about 85 percent iron and 10 percent nickel, with sulphur, oxygen and silicon prime candidates for the other five percent.

But geophysicist Eiji Ohtani at Tohoku University in northern Japan and his research team suggest that silicon is the most likely candidate.

Ohtani's team conducted experiments on iron-nickel alloys mixed with silicon, subjecting them in the lab to the kinds of high temperatures and pressure found in the inner core.

It discovered that the data for the mixed material observed with X-rays matched seismic data -- namely, sound velocity, or seismic waves -- obtained for the inner core.

"Our latest experiments suggest that the remaining five percent of the inner core is composed mostly of silicon," Ohtani told AFP on Wednesday.

He said that the finding helps understand whether the Earth's surface was rich in oxygen in its early formation before photosynthesis began as oxygen has been another potential candidate for the mystery element in the Earth's inner core.

Ohtani cautioned that more work needs to be done to confirm his findings on silicon.

Some scientists say that if the Earth's inner core contains silicon then it means the rest of the planet must have been relatively oxygen rich at the time of its formation, because oxygen that they believe existed when the planet was formed was not confined to the inner core.