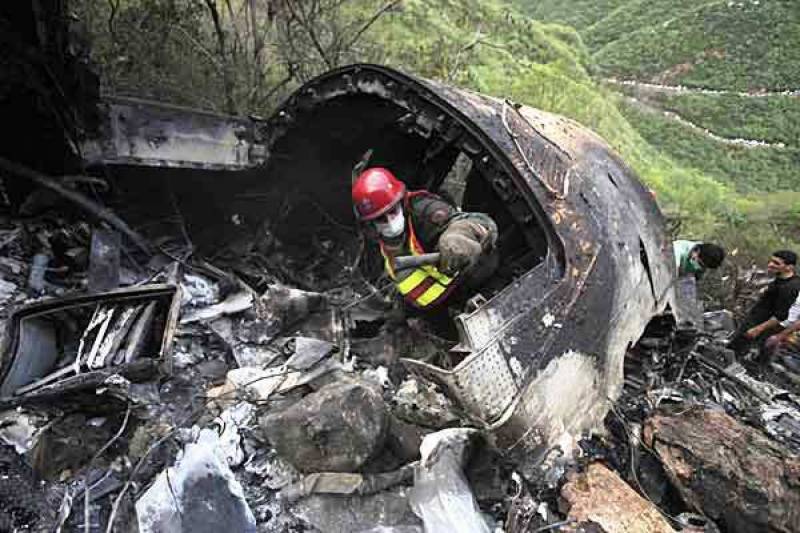 The recent investigations in the plane crash revealed that the crew showed carelessness during the performance of their duties.

The audio tapes obtained from the cockpit of the ill-fated plane revealed that at the time of accident, an air hostess was accompanied by the pilot instead of the co-pilot and second officer.

The conversation of the air hostess with the control tower also confirms that pilot Jangua was busy shooting the scenes from valley through his camera.

It has also been reported that the mentioned pilot was fond of this hobby as he was also having a library of videos that he made during various flight.

While the air hostess was in touch with the control tower, the communication lost for a little while.

However, the airhostess wanted to contact PIA offices in Islamabad during these situations but all the lines were busy at that point of time.

The communication of control tower and ill-fated flight lost for 40 seconds and was restored again but at this time, the control tower wasn’t been able to locate the plane on radar system.